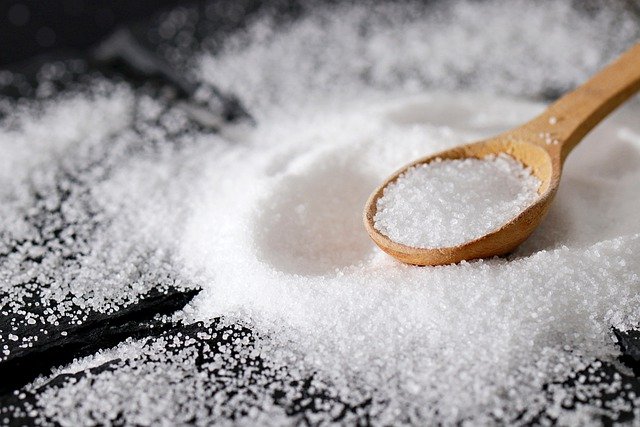 Salts are naturally occurring compounds that are often soluble in water. The salt that we put in our food is only one type of salt. It is known as the common salt or the table salt. Chemically it is a composition of Sodium and Chlorine in equal proportion, and has a chemical formula of NaCl. But this is only one of the various salts that are found on earth or are used by human beings. About 2,700 BC in a treatise on pharmacology Peng-Tzao-Kan-Mu published in China there is a discussion on forty kinds of salts including descriptions of its extraction. Salt has also been used as currency. In Ethiopia as late as 1935, it was used as financial reserves by their national bank. Records of regular salt making are found in Egypt from 1450 BC.

Apart from the common salt there are various other types of salts. Whether it is Plaster of Paris needed for curing of fracture, or the Chalk used in educational institutions, they are all made of salts; though they are not always the common salt that we eat. Different salts are used for manufacture of various items like medicines, photographic plates, soaps, saltpetre, dry cells, fertilizers etc. It is also used in various industrial processes like tanning, dyeing, refrigeration etc. The Ancient Egyptians used it for preservation of Mummies. It was also used in the past for preservation of meat. Salt is used in manufacture of estimated fourteen thousand products ranging from the glass to the steel industry. Many of the salts used in the industrial manufacture are produced chemically.

Chemically, salts form whenever acid reacts with a base. It is formed by replacement of hydrogen in an acid by a metal or a radical that acts like a metal. The salts are generally made of a metal ion and a non-metal ion. Because of this ionic nature, dissolved slats in water conduct electricity. Also due to its ionic nature, salts have high melting and boiling point. An example of non-metals forming salt is ammonium chloride that is used in dry cells. However despite its non-metallic origin, ammonium ion behaves as a metallic ion.

The Case of Sodium Chloride:

This is very important for the living creatures, both humans and animals. An adult human body contains upto 250 grams of salt. The average dietary salt intake of a human body can range from eight grams to eleven grams per day. Salt is particularly useful in maintaining the osmotic balance and balance of blood plasma. Similarly, it is an important part of the animal feed that renders them healthier and fatter. Also, for humans, salt has been used for eradication of iodine deficiency disorders through use of iodised salt in different parts of the world. Similarly salt fluoridation has been used in different countries as a measure against dental caries. Salt is also useful for the plants. It is used to fertilise soil with sodium that is beneficial to plants like the sugar beet.

It is found abundantly on earth. It constitutes roughly 2.7% of seawater and 77% of total dissolved solids of the seawater. The salt derived from this is known as Sea-salt or the Solar-salt. Similarly it occurs in natural form as the mineral Halite or Rock-salt.

Salt is also used as de-icer. In countries that face snowfall, salt is applied on to road surface to melt ice. In such usage, it is called the Road-salt. Salt is also used as water softener. This involves the process of removing the calcium and magnesium ions from hard-water and replacing them with sodium ions softens water.

Salt is found abundantly on earth. Sea salt is also known as ’solar salt’ as it is produced by natural evaporation by heat of sun and blow of wind. This is done in salt harvesting facilities in the coastlines and salt lakes. Rock salts are found in various places. Its purified form is known as the common salt or the table salt. It is white and crystalline in appearance. It is this salt that is used by human beings for consumption. From Economics view, salt is a low value bulk commodity.

The major salt production areas are dispersed over various continents. These span over seacoasts, deserts and lakes that are of arid and saline nature. Among the biggest producers of salt in the world (as in 2001) are USA, China, Germany, India, Canada, Mexico and Australia. The total worldwide production of salt in 2001 was 214 million metric tons (mmt), of which USA accounted for 45.1 mmt and China 32 mmt. Some major areas of salt extraction are the Great Salt Lake & Bonneville Salt Flats of Utah in USA; Bohai Bay, Jiaozhou Bay and Yellow Sea Coast Salt Pans in China; Sambhar Salt works in India; the Mexico Plateau Salt Pan in Mexico; Gregory Salt Lake in Australia; etc.

Three techniques are used for production of dry salt. These are Solar-plant that uses evaporation; Rock-salt mining; and Solution mining.

Solar salt production through evaporation is achieved by the action of sun and wind on seawater or on natural brine in lakes. There are successive ponds through which water evaporates. This process continues till the brine is brine is fully concentrated and salt crystallizes on the floor of the ponds. Such production facility requires low rainfall and high evaporation. In Mediterranean region the evaporation exceeds rainfall by a factor of 3:1. In Australia this ratio is 15:1. In such areas this method is most effectively utilised.

Rock salt mining is done on bedded salt deposits. These are nearly horizontal and the thickness of salt beds can range upto several thousands of feet. These salt domes can have vertically elongated salt deposit of a mile or more in diameter and several thousand feets in vertical length. These underground halite deposits, are mined by undercutting, drilling and blasting to produce rock salt. The rock salt mines are ideal for storage of petroleum products. Radioactive wastes storage facilities are also located in such salt formations. The primary use of rock salt in North America is for roadway deicing.

Solution mining, also called hydraulic mining or salt wells is another technique in which water is injected through wells that are drilled into underground salt bed. Thus salt is dissolved and the salt brine is pumped up the cavern and transported by pipeline to the evaporating plant to make dry salt.

Salt remains a very important chemical for the human beings and influences the patterns of adaptation with the environment.