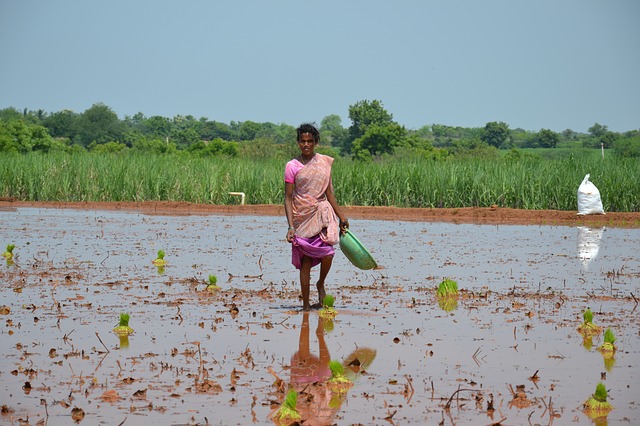 The term Third World was first used by the French economist and demographer Alfred Sauvy in an article published in 1952. He used this term (Tiers Monde) as a parallel to Third Estate (Tiers Etat). As an observer points out, “Sauvy’s term carries not only the connotation of exclusion from power but also, especially from a French writer, the idea of revolutionary potential”.

The term Third World gained popularity along with decolonization and the Cold War. It was end of World War II that created the differentiation of first-second-third world countries. In this the US (and Canada… not Mexico) and West Europe (and also Australia and NZ) constituted the first world. The USSR and the East Europe ie the Warsaw pact allies constituted the second world. It can be seen that the first world had democratic politiy and liberal economic setup, while the second world were socialistic or communistic totalitarian states. These two constituted the main power block during that time. And the other countries of Asia, Africa and Latin America, including the South America was the third world. Many of these third world countries were also the non-aligned countries. Non-aligned meaning, not aligned to either block. It was only incidental that the third world was also the set of poor countries and it was also incidental that most of them at some point of their existence were colonies. These third world countries are now also collectively called the “South”. Now a days these countries go by the term of developing nations, which has a more positive connotation than either third world or underdeveloped countries.

The third world was driven by the decolonised and decolonising nations of Asia and Africa led by leaders like Jawaharlal Nehru, Kwame Nkrumah, Gamal Abdel Nasser, Jomo Kenyata, Achmad Sukarno and others. The landmark in this direction was the Bandung Conference of Afro Asian nations in 1955.

The ideology of third world constitutes of concepts of decolonisation, non-alignment to power blocks, favour of self determination for subjugated people, mutual cooperation of third world nations in international issues and conferences, favouring nuclear disarmament (and often opposing NPT), oppositon to racial discrimination and similar sentiments.

The (erstwhile) classification of first-second-third world did not have much to do with either income or industrial development. It was more of ideological differentiation. The term third world was and ideological term and nothing else. Today, while the second world does not exist, the terms of first and the third continues in a rather casual manner. It does not have any strict definitional rigour.

In a similar vein of depicting impoverishment and underdevelopment, sometimes the term Fourth World is used to label highly underdeveloped economies, that have not reached even the third world levels, and also the internally colonized peoples, for example the North American Indians on reservations.

In our times, the concept of third world has in a way disappeared. The World Bank itself makes its classification on the basis of High Income, Middle Income and Low Income groups. Countries like S. Korea, Hungary, Greece, Mexico, Turkey etc are part of OECD, which is a grouping of the richest nations of the world. And among the High income groups, there are many of the non-OECD countries like Brunei, Singapore, Israel, Kuwait, UAE etc. All these high income groups can legitimately claim to be first world. While some of the Asian Tigers like Malaysia, Indonesia, Thailand etc are still developing nations. Moreover, while Russia would be classified as a middle income country, sharing this status with Iran, Brazil, Mexico, Romania, Namibia etc, it is part of the powerful G-8

Also some of the biggest economies like China and India are classified as low income countries. These economies in terms of PPP are bigger than even some of the G-8 countries, even though their per-capita income is much lower.