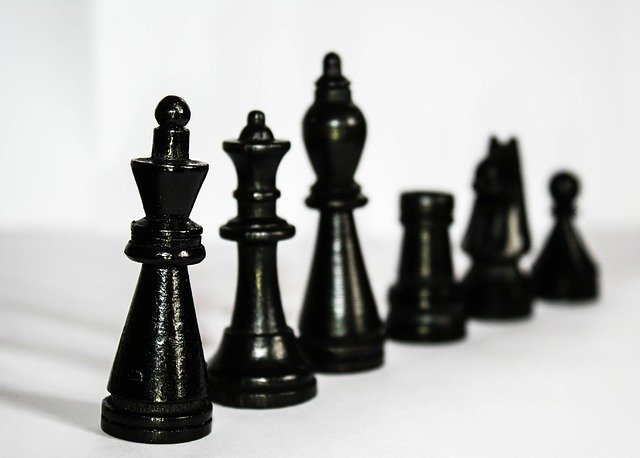 The socio-psychological evaluation of Indian people has generally been termed as one that is disposed to hierarchy. Indians are in general, more comfortable in a situation of hierarchy, more precisely where the hierarchy is clear and stated. In some sense that imparts definiteness to social interaction. This hierarchy can be in the form of hierarchy of age, hierarchy of caste, hierarchy of defined position, hierarchy of gender etc.

Age brings with it values like respect of elders and deference to their wishes. In some sense it is thought that the elders are more knowledgeable and better decision making power. This is visible in a family situation as well as social situation like the Panchayat, where it is the village elders who form the village council. Many times there are also caste panchayats. Now a days while the village panchayat has been officially brought under the umbrella of the constitution and the election mechanism, the caste panchayats continue to be out of bound of the rules – as they are rule unto themselves.

The hierarchy of caste refuses to go away. Even in the most secular of interactions, eg. a government office, there is rampant casteism. One can often hear someone proudly proclaiming himself to be a Brahmin or a Rajput, leave alone if he is a measely peon in the office. Often such behaviour also brings with it an outer display of symbols, like bearing a long tika on the forehead, or bearing a particular kind of pagri. At social levels also, more particularly in the villages, the caste expresses itself more rampantly. In such situations the lower caste people might even not be allowed to wear particular colours of clothes or have to necessarily walk across particular street eg. if one of such person is going by cycle, and has to cross particular street he might have to disalign from the cycle and walk across it. This is another way in which the hierarchy gets visible. Eventhough the caste system has in a way gone underground in the cities, the caste based hierarchy continues to remain in the psyche of the people. Perhaps as a reaction to this hierarchy we find that the various caste groups particularly the lower castes have started to get organised and form their own associations that cuts across the positions that individual members of such castes might be holding in the society.

Then there is the hierarchy of positions. This is in the secular realm and may be equated to the class system / achievement orientation. However, hierarchy in such a thing may not be as egalitarian as is found in the western societies. Even the secular hierarchy has the attached valuations that is in some ways concomitant to the caste hierarchy, and persons occupying higher positions often tend to look down on people who are below them in rank. Forget if the person below holds the same qualification and even belongs to the same service.

The hierarchy of gender is off-course something universal, and not limited to the Indian society. However the hierarchy of gender manifests itself in the traditional realm in forms of things like dowry that in a way puts the position of women as clearly subordinate to men. Even though there are legislations to prevent dowry and there has been numerous cases of deaths related to dowry harrasment the legislation has not been effective in curbing the practice of dowry. Infact, with economic expansion and more money in peoples hand, the practice of dowry has increased.

The system of hierarchy also goes in tandem with two more areas. One is set of family values. The other is values of modernisation.

Taking the values of family first. It means that the family is more important than the individual per se. This would take the form of eg arranged marriage (vis a vis love marriage). Even a latest survey shows that the majority of young people would prefer to have arranged marriage. It simply means that the parents decide after taking into all considerations like family background, status, ‘character’, suitability etc the suitable match for their child (son / daughter). Another aspect of this is the joint family norm (or extended family norm). Although jointness in terms of residence might not be common today (though it still exists), the values in terms of joint family ‘norms’ continue. This jointness extends to relations belonging to villages as well as those residing in metro cities.

The other aspect is that of modernisation. The more correct term in the Indian context is ‘westernisation’. This westernisation was a result of the presence of British in India and its consequent impace on the society. In valuational terms, it would translate into secularisation of institutions, humanitarianism in traditional practicas and infusion of technology. These gets reflected in the changes that have taken place in the various social institutions…more as a praxis than in the normative aspects. So to give a few examples. Eg of secularisation of institutions : secular political institutions and existence of a Constitution (eventhough the old traditional ruling classes still continue to hold their sway in most parts); Eg of humanitarianism in traditional practices: Women would now be encouraged by parents to go for education…though (and it is fortunately a decreasing trend), the basic latent objective would be to ‘prepare’ them for marriage. Eg of infusion of technology would be: Religion continues to occupy a central position in the whole idiom of India, but it has transformed itself with use of technology…so we find that TV channels exist that cater exclusively to religion (devotional songs, religious festivals, etc).

These two dimensions of society has had impact on the existence of hierarchy in various ways. While family values has in a way tended to strengthen the hierarchy – particularly the brahmanical patriarchal hierarchy, the westernisation process has tended to erode the hierarchy in various ways. An example would be today women are increasingly entering into important areas of works and professional life. This has led to bringing in an equalisation of gender relation that was not existing earlier in the traditional setup. Similarly it has had big impact on caste, as westernisation is perhaps the main force that has tended to increase in the inter-caste marriages. Also westernisation has in some ways tended to erode the hold of the priestly scriptural framework by bringing in the scientific and secular bent of mind. This is most visible when people observe the solar eclipse as a scientific phenomena, rather than as it used to in the previous times – though the traditional aspect continues to exist eg. when people take dips in the rivers that are considered holy and perform the rituals on such occasions.

In some sense hierarchy is deeply linked to the power relation between the contending parties – whether it be caste or position or gender. However power by itself is not a singular influencing factor when we evaluate such relations. If that were the case we wouldn’t find the Presidents and Prime Ministers paying obeisance to the men considered to be holy, we wouldn’t find well educated people doing many ceremonies that simply does not make sense to the rational mind eg. taking a dip in the dirty waters of rivers during certain holy occasions, and we wouldn’t find women holding important positions just leaving the jobs without any qualms when it came to raising famiy. In some ways the social facts makes for extra-variables and more influencing factors than mere ordinary power.