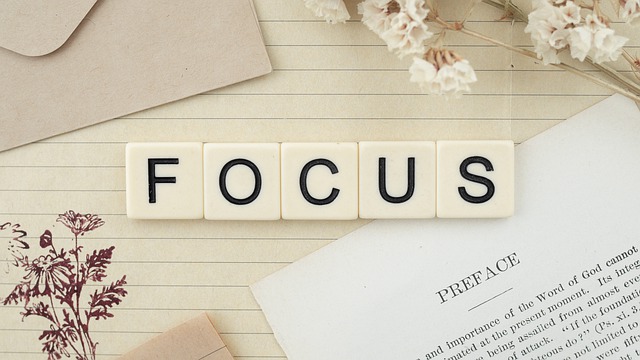 Doing One Thing Only

Focus on One Thing Leads To Success in Goals

The strategy of life is focus. We all know how a convex lens by focusing all the energies at one point gathers so much energy so as to gain the potential to ignite things. This power of nature, is true even for the individuals. Focus means exclusion of all the other equally valid aims and ambitions. Aims and ambitions are not fulfilled unless they are converted to tangible measurable goals. This is possible only when we focus on one thing only.

If one wishes to leave mark on the sands of time, such can happen when they stick to one pursuit. Unwavering dedication to excel is needed in the pursuit. As Bhagwad Gita says, one should keep doing Karma. But what exactly is Karma? That Karma is focused work. For example, if one wants to cross a river, and there are ten boats standing on the bank, how many you would hire? The answer to this determines the number of works we need to focus on to reach one’s destination and achieve one’s aims.

In our times, there are many different things that demand our attention. We must exercise our discretion and try to find out what is our core competence. Individuals who focus on their core competence succeed. Core competence may not be an inherent quality of the person, but really depends on the circumstances and interests and to a limited extent on innate abilities. However, for a vast majority of successful people it is interest and hard work in pursuit of one thing only that have made them successful.

To put it in a lucid manner – one can have all the glory and wealth if one runs just 100 meters race, the only condition is that s/he has to be fastest – faster than any other who runs those 100 meters. And that requires lots of sweat and practice.

The role of abilities would come in a very small area where someone is naturally gifted, and thereby in some ways limited by such abilities would prefer to choose such line or profession. An example can be of the singers or musicians. We see that there are many persons around us who seem to have a natural gift for music or song. However in real terms in such sectors of economy only a few people have actually succeeded to leave their marks. It is this miniscule people who have actually put hard work with dedication and have been focused on their endeavor. Others have not been focused enough.

Taking the above example of the inborn talent like art of singing. Even if a person has the innate ability of singing, they can succeed in the field of music only when they do hard work and practice a lot to excel in that field. The inborn ability transforms to core competence only with practice. Just having an inborn ability does not ensure success. However, core competence transforms to success only when that competence is put to commercial use. If there is no commercial application and no monetary measurement, then measurement of success is not possible. Without commercial success, even the best of competent singer is no different than many of the bathroom singers.

A large number of human beings prefer to remain average in life. The reason is that they prefer to be small boats in a vast ocean. If one takes up many different endeavors in life, one would be making many small boats that would just get wiped off in a huge deluge. It is only those who work on one thing only, who are able to stand like a huge ship and no storm is able to rock such ships. It is they who really excel.

One can correct the direction of ones life any moment one decides to do it. Just do it is the mantra. But do it focused and with dedication.

You may also like to read review of the book : The One Thing : The One Key To Success

One thought on “Doing One Thing Only : The 1 Mantra of Success”