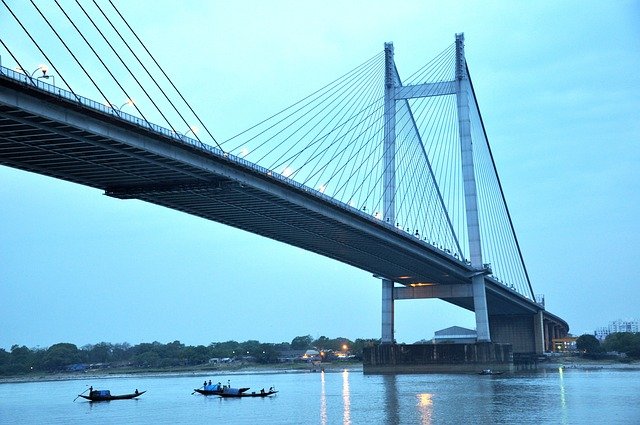 “You are a Bihari, huh”? No! I protest, I am Mukherjee. “You are a Mukherjee!” – the man said with questioning disbelief and astonishment. “So where is your home?”. I say, I live in Asansol. “No-no”, he again protests – “where do you belong, where have you been brought up?”, he now asks with greater clarity. I say, I have been born and brought up in Madhya Pradesh. “So, you are a Probasi,… that’s why!” This time he says with bit of relief that showed a little contempt as well, and adding a mumbling ish to himself as if in regret of a Bengali not being able to speak Bengali as one expects the language to be spoken in Bengal.

This thing, I would come across many times with many persons, who would just halt me the very moment I started to talk in Bengali, and the same conversation would get repeated in some form or other. They would assess my knowledge of Bengali in a band, where I would be assessed as being totally ignorant, to that of having minor accentual problem. Some would be contemptuous, some would empathise, and some would simply refuse to talk to me in Bengali, instead talking to me in whatever Hindi they could best garner up! Some would even tell me that if I was having problem in speaking Bengali, I could speak in Hindi to them!

On one occasion a grocery shop gave me a bengali calendar on poila baisakh. Perhaps he gave that out of compulsion as we used to buy many things from there. While giving the calendar he was quite forthright – “… of-course Sir, you will not understand whats written”!

One day, an acquaintance came to our home, and in our conversation, at one point, they remarked that “Probasis are better”. This was again a news to me. I asked how? and I was told, “Probasis are broadminded”. When I further enquired, it so happened that they themselves originally happened to be Probasis who had later on settled at Bengal.

All this was quite an amusement. Gradually, it didn’t really matter what other people thought of me. After all, nobody could deny me the claim of my being a Bengali living in Bengal. It also didn’t matter who was what – a west Bengali or an east Bengali or a Probasis.

I was equally amazed to see how nicely the various different non Bengali communities settled here would speak Bengali, much better that even a probasi! There was this girl, who was a Malayali, but did not even no anything about the Malayali language, and the way she spoke Bengali was just like the natives would speak. In fact many of such communities have forgotten their original ways of life, and got assimilated to such an extent that no one can distinguish them from the native Bengali. I once happened to ask one such guy, whose was originally from central India, about this phenomena, and whether he felt odd at not knowing Hindi, which was supposed to be his mother tongue. He replied that he didn’t feel any odd, and it was strange that I was asking such a question. And, anyway, he had studied in Bengali medium school, read Bengali newspaper and his work would not require any Hindi. As he said, he felt odd when he went to his relatives who would laugh at his Hindi!

The Bengalis have interestingly classified themselves into Ghotis (Bengalis from West Bengal) and the Batis (Bengalis from East Bengal, now, Bangladesh). The Ghotis fry fish before putting it into the curry, while the Batis dont fry fish before it is put into the curry! However food is a relishing experience in Bengal with varieties of vegetables and non-veg food. And put on top of that the rosogolla for the dessert! Food in Bengal has also had its share of influence from the Muslim, Chinese and Anglo-Indian communities, and today one can have cusines of various varieties available in any town worth the name. The most interesting thing is the Chow and the Chicken Roll. The penetration of chow and chicken roll in Bengal can be compared to the availability of the spicy chat in central India or the batata vada and bhel puri in western India.

Bengal was not just about the Bengalis, or more specifically the Hindu natives, but also home to several communities – the Muslims, Marwaris, Christians, Gorkhas, Tribals, and off-course the inimitable Bihari – all these forming a mix of cultures that could not be put in a single category. In some ways it seemed to be a sort of melting pot with the Bengali language serving as an equalising bond and all of them well becoming part of the now famous Bhadrolok (Gentleman) culture.

Along with the language, there were also quite distinct things that I came across. The tiny tea cups, that could be finished in a single gulp. People taking tea with no sugar pleading problem of ‘sugar’, but gobbling up sweets, and even priding that they could not sleep without having two rosogollas after dinner. Then there was this never-ending appetite for the Bengali to talk. It seemed that a Bengali really relished to talk who would seem to repeat a thing at least two to three times and thereby being sure that the person in front has really understood what he was trying to say. There was also a positive attitude of helpfulness among the people that seemed to be quite rare in these times of materialism.

In some ways, it is Bengal as a melting pot, its cosmopoliton nature and the helpful nature of the people that is the real magic of Bengal. The stereotypes and classifications and idiosyncrasies that the Bengalis and others have created for it is quite immaterial.