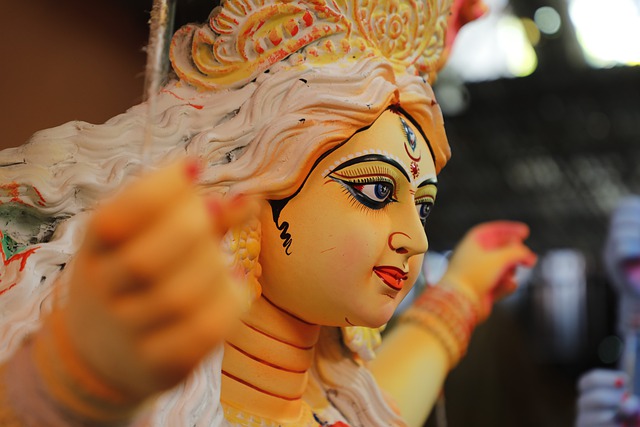 This is the festival season in India, and in Bengal it is the season for Puja shopping. We also joined the bandwagon for the shopping and the gourmet spree that often characterises the life prior to festival season. Currently there are various kinds of mela (fairs) that are put up at Asansol that are selling clothes and saris. Apart from shopping here, this time we proceeded to Kolkata – joining the standard routine of the Bengalis. Without a tour to Kolkata, the puja shopping is only apparent – it doesn’t really matter what one buys at Kolkata – but the tour makes the shopping experience complete.

The start was nothing less than an adventure – particularly for Madhu. The train had already started moving – and it was Madhu’s first experience at boarding a running train. The train was prompt, and we had reached a bit late – so not the railway problem!

Huge crowd, sweat, and mad rush to buy – that was the reality at Kolkata. Every shop was filled with people, with scarcely any space. The roads and the buses everywhere there was rush – and considering that it was a Saturday – which is often a holiday for many offices. Only the very huge shopping malls, where prices are on the upper side, were a bit scanty – but then we visited these malls during the afternoon – and not in the evening when the actual shopping occurs. During the evening, there was hardly space on the roads in the market areas, and we thought it safer to head towards the railway station, lest we get late from any traffic jam.

This time, we also tried some pizzas on the Gurusaday Road. Previously, I had tried it out at the Dominos, but this time it was time for Pizza Hut. And I must say, the Pizza Hut pizzas tasted much better than the ones from Dominos. Later on, the usual trip to Barista was as good as ever with its Walnut brownies. We also tried the Tiramisu, an Italian cookies with cream preparation – that was also good.

We also went for the famous chinese dishes at the Tangra Area, also known as the China Town of Kolkata. We tried the Beijing restaurant. The food was good, though Madhu didn’t really enjoy it, saying that the Rice Bowl at Jabalpur had better chicken preparation. We had read about the famous Duck preparation that was served at Beijing, and we thought that we might try it out – but when we went there we found that the Duck was not available, and anyway, the menu card said that for any duck preparation, prior information of 24 hours is required. So we had to do with the usual chicken – noodle fare.

All these apart from the shopping – for which we visited various markets and various shops. It is quite clear that Kolkata has developed tremendously and huge shopping malls have opened in different areas. There is a definite move towards professionalism. It is catching up to be a big modern megapolis – and in a way shunning its previous laid-back image. The construction works relating to the overbridges is in full swing on the route that would ultimately connect Kalyani with Diamond Harbour. However, despite all the modernism, the divide among the rich and poor is apparent – one could easily locate the destitutes and mentally challenged people on the most posh markets of the city.

The worse about Kolkata this time was the sweltering heat and the unbearable humidity. This was apart from the altercation with the local passengers (who board the long distance trains) – while coming back. The welcoming midnight breeze at Asansol seemed simply refreshing in front of which the whole day seemed just a kerfuffle. Asansol was as cool as ever – literally.