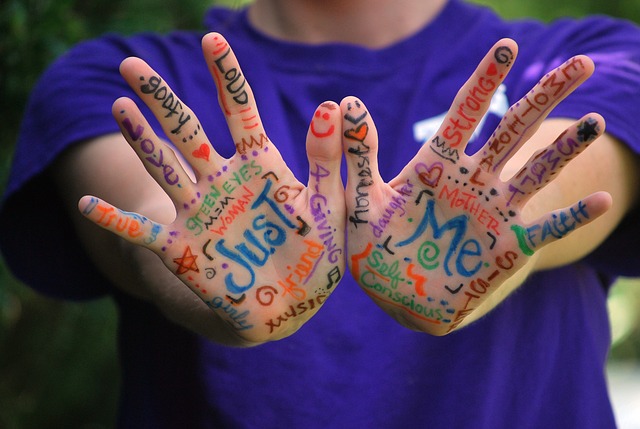 Many years ago, a well known editor and columnist had written that since he writes in English, speaks most of the time in English, most of his reading is English, and he even consequently thinks in English, therefore his mother tongue ought to be English! At that time, such statement sounded too arrogant and whimsical. Having being fed in the regional flavour since the school, its quite easy and ‘normal’ to be intolerant to such ‘heretic’ views about adulation of English.

However no longer do I hold on to such views, and would be quite charitable with myself in assigning a more dominant slot to English in my mindspace and thought space.

India is a country where appearance for the policy makers is more important than the reality at the ground. In such situations we find very inane policy and legal situations. One such thing is the language policy in India. English as a language does not find itself in the list of languages in the Schedule of the Constitution. At the same breath, the Constitution in one of its articles speaks that English shall continue to be the language of the judiciary.

In pursuance of the National policy of education in languages, we find that the three language policy is adopted at the state levels in the schools. It makes for a situation where the hapless student has to master the Regional Language, National Language (Hindi), and a third language – depending on the kind of school, medium of studies, and the state in which one is situated. For example, we had English medium (non Government schools), so English was our ‘first’ language, Hindi the second language, and Sanskrit the third language.

This was because we were studying in MP, which did not have a regional language – so the natural choice for the policy makers was to make the students go through the hazards of a ‘subject’ which everyone was happy to forget about the day when the exams ended. In the vernacular states, which have their own regional language, the government schools, would have the regional language, followed by Hindi and English.

Despite our being in English medium, the language of conversation was the ‘patriotic’ hindi. I remember that one of our teacher would even make fun at the kind of hindi spoken by the then prime minister!

When Study of Languages Takes Primacy

In effect, when the student has the most grasping power and high learning curve, instead of mastering the areas of Science and Commmerce and Computers and Mathematics, the creativity of the student is stymied in the unnecessary rigmorale of mastering the different languages – that at best ends up in a scene where s/he is mugging up the languages and left with little time to think on the more important practical subjects which are going to be useful in real life.

The situation is that large population of students being unable to deal with English language properly, are not good with computers and also with ‘English’ communications which is the need of the globalised world. So we find situations where college going sudents and even those in working life join private English coaching centers to improve on their job prospects. And these coaching centers attempt to replace the 12 years of school grooming in a vital area of learning in a three to six month shot.

But more than that, we can often find that language activists (political as well as otherwise) would keep up inflating and arousing the passions of nativity. Communist government in West Bengal till recently did not allow English to be taught in the primary. Now they have realised the loss of skill set for a full generation of students. Similarly in Karnataka, we find the political protesters wanting to reserve employment in the private sectors for the native Kannada speaking people. Often state level political leaders can easily be found exhorting their political base to be more ‘patriot’ and do away with the ‘firangi’ system.

We must keep in mind that while India is a land of many language, and also of the culture of pluralism, it becomes hardly useful for the political set up to foist certain languages on its people in name of imagined pride. There is officially no national language in the country. In some ways, the bulwark of English for many years were the states of the South – but now we find that even the South has got influenced by the parochial ideology and often voices of local language dominates the discourse.

The pitfall for such language policies is that someone whose mother tongue is Bengali have to study Tamil in Tamil Nadu, while a Tamilian in MP have to study Hindi – all these because there are rarely any (perhaps none) schools that offer their mother tongue as a language in school!

Neglect of English in School Level

The neglect of English at school level would only add to the uncompetitiveness of India in the global world full of competition and trans border trades. This however does not mean a one way situation – the things should be balanced and left to choice of the user of the language.

We find that companies like Microsoft are building up their office software in Indian languages. The ‘firangi’ cable Television channels now speak Hindi, and even well known American cartoon characters can be found speaking Indian regional languages. And that is how the market forces works. Multinational coke companies may recruit from english speaking IIMs, but would prefer to advertise in vernacular language. Financial institution and Private Banks may be English speaking, but their target investor is one who may not know English remotely, and is at home with ‘Awaaz’ and ‘Aajtak’ channels. Telecom and Insurance companies may be doing all their work in English, but their marketing executives are busy selling the product in the native speakers language.

If one goes to the regional centers, one can easily find people from far away places who have come there to work have picked up the local language – and for which they did not have to attend schools – and that is societal dynamics. Marwaris in Bengal speak as good Bengali, as Bengalis in Tamil Nadu would speak Tamil, and Punjabis in Mumbai would speak Marathi.

One should let language be a part of the dynamics of the society, rather than that of government intervention. In fact, the student should be free to have a single language of his or her choice to study in the schools, and devote their time in more productive learning of sciences, commerce and arts.

You may also like to read: Parent Teacher Meeting At Playgroup