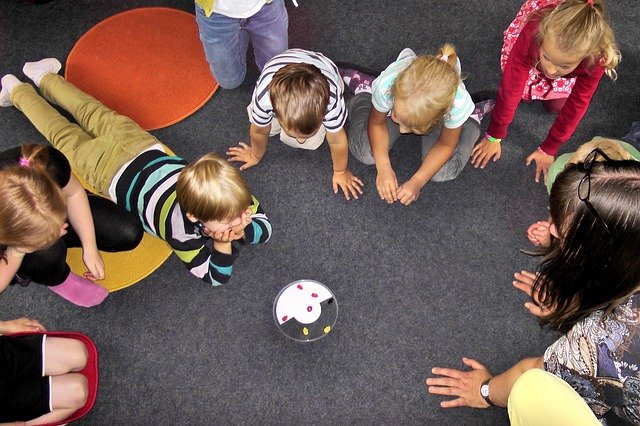 This was the second Parent teacher meeting at Kangaroo Kids (Jabalpur). We were also shown the ‘report card’. The parents’ are given time separately for each child.

In the first meeting held a couple of months back – we were told that such meetings are usually held for people in big metros, who cannot come to school frequently – and as we were meeting teachers nearly everyday and taking feedback, there was not much to discuss really. And we also thought at that time that there was not much to be discussed.

However, this time was different. We decided that we would be discussing and asking questions – even if we met the teachers frequently

If I compare this with our own time, I remember that even till we passed out 12th, there was no parent teacher meeting. My Dad would go to school only if there was some issue and apart from this, would be invited once during the annual day.

What interested me, was how, the way we look at school and its role – and how much we expect from school – has changed over time. So this time, the class teacher was virtually in a viva voce session! What we discussed with the teacher were:

1) Whether the child was socialising with others – which we felt was lacking!

3) Whether she properly replies in class. How she reacts to instructions of teachers.

4) If she was very disciplined (as her teacher remarked) – I said – whether it was a good thing?(!) Since that would make her too conformative!

5) What kind of toys the child preferred in school – the teacher replied that our daughter liked Kitchen game the most – which was obviously not to my liking. I have been trying to disuade her from such thing – but at home also she seems to be more interesting in watching the various procedures at Kitchen… so nothing much could be done about this.

6) Why does she think too much on different issue? Something that irks me – I always tell her – to the point of pestering – not to think so much.

7) What is her logical abilities – whether she is able to focus. The teacher told us that she was also interested in puzzle solving toys – so that was a relief.

8 ) Whether she has made any friends? Whether she interacts with her classmates? The teacher also suggested certain measures we could take to open up the child.

9) We discussed developing reading habits – which our daughter was definitely interested in. What the teacher thought of her interest in computers?

10) We were told that she does not eat by herself – and prefers to be fed – which of course we admited. Even at home, we would prefer that she eat with her own hand – but nothing can be done for pampering by Grand parents!

11) We were told that she would enjoy rhyme sessions – so that was also a relief for us. Even at home, she keeps singing rhymes most of the time.

On reflection, I think, perhaps we expect too much from a less than three years kid! I am not even sure that even if a child excels in all such criteria at this age – if that can be sustained over longer time.

I dont know what the class teacher might have thought of such questions or issues, but she definitely seemed as if we have not asked anything out of way!

While from a feedback point of view, we discussed appropriate things, my own thinking is that (as parents) we should not expect too much from such small children. While monitoring is fine, we should let them enjoy childhood. Usually, my experience has been that the above-average kids would perform better when it comes to net balance in scholastic and other spheres of life. I would think that both IQ and EQ are equally important.

So in some ways, in a fast changing society, where the time of children is getting shrunk with so much diversions – TV, Computers, Shopping Malls, etc, and add to that the ever – shrinking net of social groups at community level and lack of gardens and playgrounds in bigger cities, it becomes quite obvious to fall back on the school system as a social net for the growing child.

Anyway, it was good to see the report card – particularly the different criteria of assessment – of children by the school. Apart from that what we are happy about is that our daughter enjoys going to school – which is perhaps the biggest defining line for us (and which at that age, I myself never really liked – and that was apart from the severe beating on certain occasions that I had received for no fault of mine – and that I distinctly remember and still curse those teachers for it!).

When we came back home, I told my daughter that your Ma’am was telling us that you do not play mischief at school! I would prefer to encourage her to be naughty and active rather than just being obedient. However, her reply was – “Naughty nahi karna” !