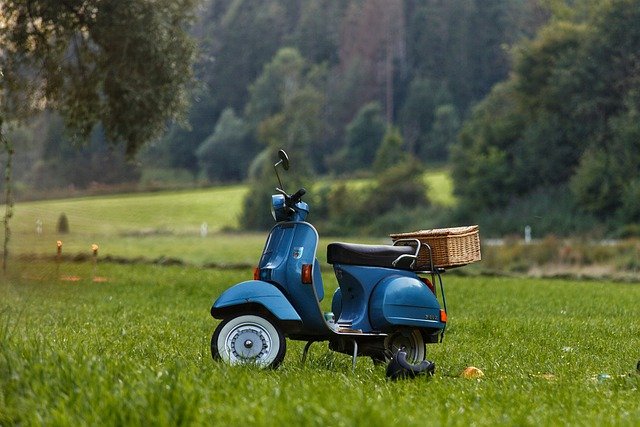 Recently there has been a news that Bajaj is going to stop manufacture of scooters. At one time, Bajaj was synonymous with scooters in India and even till the nineties, it was fairly good with competition. However gradually, they have been phasing out their scooter line.

There are various ways to look at it: a shift of thinking in new generation of the owners, fixity with its scooter design – where the engine would hog one side, and the luggage compartment on the other, inability to evolve and generate new ideas with their core product, competition from abroad with new JVs and good looking and more comfortable scooters.

There was a keen re-orientation of its core business around two year back, when the focus of the company shifted to motorcycles, with its brands like Pulsar and Discover. The current head Mr. Rajiv Bajaj, in an TV interview put it in an interesting way – that it was a yogic realignment of finding the center and finding the new balance.

Bajaj scooter with its slogan ‘Hamara Bajaj’ held the sway as top of mind recall at one time. In some ways it was even branded as being ‘nationalist’. However with opening of the economy, and eradication of the situation of scarcity from the country in case of many of the goods, the Bajaj scooter could no longer compete in the market. The other brands like the Kinetic, LML, Honda, TVS etc took their share in an increasingly expanding and evolving market.

The choice of the new generation of consumers also changed by their focus on foreign brands – which were better designed, and also due to years of denial to these brands – in some ways they had grown yearning for them. The same situation is there even in the Car market where the market share of Maruti, has given way to other foreign brands – and even the majority of Maruti Udyog Limited is owned by Suzuki – that even the car logo now displays Suzuki.

In an era of consumer liberalism and open economy, it is quite natural that many of the icons of the ‘old’ era’ that fed on scarcity and protectionism, would fall. Bajaj scooter is perhaps the last among these – that stood one and a half decade of open economy. We may remember that Mr. Rajul Bajaj was one of the ‘Bombay Club’ who would still favour protectionism.

But in a situation of succession, the new guys understood that even though Bajaj was a good brand, it would not withstand the new competition. It may have been good in the old time – but the newer generation of consumers wanted more.

In the management jargon, currently, Bajaj in the motorcycle market is the challenger – the market leader is the Honda. Often it is said, that it is good to be a challenger, because that makes one work hard to reach the top. It would be interesting to see the market dynamics of how Bajaj is able to withstand itself with its new core and new balance.

Though the end of Bajaj being scooter manufacturers is an end of an era – but for the company, it is beginning of new.