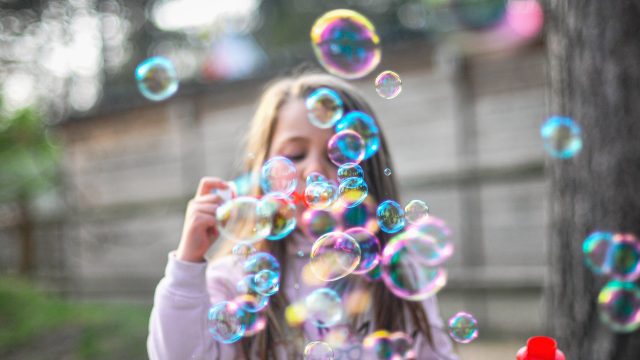 Promises made have to be kept. At times, there are words spoken by kids that remain in the mind, and the kids have the greatest power of manifestation. Mumbai was part of it. Isha in past few months had very much wanted to play the soap bubble. Once, we got her such a thing from the local mela, and later on, such a game had also been given at school – and both times, after a few trials, we kept those aside as she was quite small and we thought that it was unhygenic.

However, Isha did remember that she had been given such a game consisting of bottle of liquid soap and the straw. So, one day when she really wanted to play such a game, I told her (infact promised her) that I will get such a thing for her from Gateway of India.

Recently we planned a trip to Shirdi – Nasik – Mumbai

Though we had got the tickets earlier, on hindsight, in my opinion we could have planned better.

For Shirdi, we went on the Garib Rath train (which is incidently fully 3 AC coaches, eventhough its termed “Chariot of Poor”). We alighted at Manmad and went to Shirdi on road on an auto! The Auto guy took Rs. 600.

On the road, we also stopped for breakfast at one Bajrang Dhaba – and I must say the Poha was quite tasty. We had other things as well like Tea, Dosa, Bread Pakoda, and Aloo Bhajiya.

Incidentally while surfing the web just a few days back, I had come to know that there is also online booking for Darshan / Aarti at Shirdi. Also online booking was available for stay at Dwarawati which was the Bhakta Niwas under the Sai Sansthan at Shirdi.

(The Dwarawati is the latest one and contains over 200 rooms, while a new one is being constructed with over 1000 rooms. There is also an old Bhakta Niwas, but I am not aware of its details.)

The Dwarawati was really great and clean. After getting ready quickly we went to the Temple premises. As I had booked the Darshan online, the time slot provided was 1 PM to 2 PM.

We reached at nearly 12.45 PM – but at the PRO office there was a long que – and the PRO gates were closed! I was told it would open at 1 PM. So pretty much in anxiety, I queued up in the line. As soon as the officials came on the gate, I went up to meet them and showed them that I had the 1 PM slot of the darshan – so they said that I should come to the front with all those who were accompanying me.

And we were given a smooth entry – the pass is issued from inside office. And after taking the pass, we went inside the temple – there is a separate door for the pass holders to enter. And after queueing up in that line and entering the temple and going up and down through various winding staircases, we entered the main hall (Samadhi Hall) from where Saibaba statue was visible. Later on when our turn came we paid our obeisance to Saibaba, and then came out. Interestingly we had entered the main temple at around 1 PM and we came out by 1.15 PM ! In 15 minutes we had got the darshan!

Thereafter we bought the ‘angrakha’ (shawl) from the temple office – the ‘shawl’ by which Saibaba is draped is later on put to sale at nominal price.

We later visited the place of fire of Saibaba – that is a separate entrance from outside the temple. Adjacent to the temple premises a huge market has developed.

Next day we also walked around the temple premise and observed that even shopping malls had come up. There are lots of hotels and eating outlets. I would recommend the Krishna Hotel just near the temple premises on the main road. This hotel is of the Udupi variety and is clean. There are also various shops having Saibaba memorabilia.

Later in the evening, we went by road to Shani Shignapur. There is a Shani temple at this place called Shignapur. It is nearly 75 kms from Shirdi. Shignapur, as I came to know, has a peculiarity that there are no doors or locks used at this village. If anyone uses the door or locks then he has to face the wrath of lord Shani. Even bank branches here are ‘lockless’. Though I did not visit any such bank here, but the shops and houses definitely seemed that they did not have any doors!

We returned back to Shirdi by night and were exhausted!

Next day, we left for Trambakeshwar (near Nasik). Again, this is a long distance drive. On the road, we had lunch at a hotel at Sinnar. The Trambakeshwar, which is at the other side of Nasik, a huge city – we had to cross the whole city, and were really impressed by it.

When we finally entered the sanctum sanctorum, we saw the Trambakeshwar. Later on we also sat for some time inside the temple.

We returned and halted at Nasik. There are many hotels near the station. However one should remember that Nasik city is quite far from the station. The station itself having the name of “Nasik Road” ! So one should be clear as to where one wants to stay.

As our train to Mumbai was next day morning, we preferred hotel near the station – and did not have any time to visit the Nasik city. At Nasik, we even tried out a Kolhapuri cuisine shop for the dinner and our tongues were literally on fire by the chilly used in the Kolhapuri dish.

Next day we went by train from Nasik to Mumbai. We were at Mumbai by 11 AM.

We stayed at BSNL Inspection Quarters, near Agripada Police Station at Byculla. This is a centralized location. This BSNL IQ though in old building had been inaugurated as IQ in 2001 and was well-maintained.

Bubbles at Gateway of India : A Promise Kept

First day at Mumbai: We first visited the Mahalaxmi temple. The kalakand was really tasty (and such sweet we saw after more than two decades – as such quality kalakand are not found at Jabalpur). We visited Sobo Central Mall, went to Macdonald’s, Mainland China and thereafter to Gateway of India.

At Gateway of India, Isha had lots of fun with Pigeons and with Bubbles. Yes, it was a promise kept!

Thereafter we did the street shopping – that is found at the Colaba market. Though not much was bought as the quality of products was not really buyable.

Thereafter we went to Girgaum Chowpatty and spent time sitting at the Marine Drive beach.

Second Day at Mumbai: This day being a Sunday, we decided was best spent in visiting tourist spots and shopping. So we visited places like Zoo at Byculla. The zoo is an old one and not properly maintained. And anyway in our times, the concept of zoo has become outdated. However there is a nice museum – Bhuji Lad Museum – inside the Zoo premises – and it is a wonderful museum well maintained and rich in display of India’s culture.

We also visited the Hanging Gardens on the Malabar Hills. Here we saw the famous Boot House. We also had good kebabs at Shahi Dawat Restaurant, Central Mall on Bellasis Road. We also visited the Flora Fountain area and walked on, upto the Colaba area. We also went inside the Jehangir Art Gallery. Though I guess it remains closed on Sunday – but that day even at 7 PM it was giving entry.

Third Day at Mumbai: On this day, we first visited the Mumba Devi temple – after whom the name of Mumbai had been kept. Thereafter we visited the Siddhi Vinayak temple. Then we went through the Worli-Bandra Sea Link to the upmarket area at Bandra. Here we had lunch at a hotel called Blue something. This was an unnecessarily high priced hotel – where one got roti for Rs. 40. Here at Bandra we did lots of shopping and were here from afternoon till after sunset. Thereafter we had some quick snacks at “Subway” and then again we had dinner at Shahi Dawat restaurant.

We also had ice-creams – at Swirl outlets of Kwality. These are new kind of outlets and serve far better ice-creams than is usually found in many other outlets of other brands. Thereafter we were back to our place of stay.

Fourth Day at Mumbai: This was our last day at Mumbai and we had train to catch at afternoon. So not much to do – but we did manage to visit a mall to have some quick snacks.

Our train was the Garib Rath (yes – Chariot of Poor). I must say, I was amazed – as this train ran faster than schedule. It reached Bhusawal thirty minutes earlier – and had to stand at station for its scheduled time of departure. We reached our home city 40 minutes earlier!

Overall a memorable trip. Could have been planned better – but Isha enjoyed it and we too. I must add one more important thing – the GPS and Google Maps is extremely helpful when in a city like Mumbai.

I would also add that though there are buses that take tourist for Mumbai Darshan and show them the city in a day. However we wanted to have our own pace – and did not go for the quickie trip – so we avoided the Mumbai darshan buses.

You may also like to read about Ujjain and Kolkata.