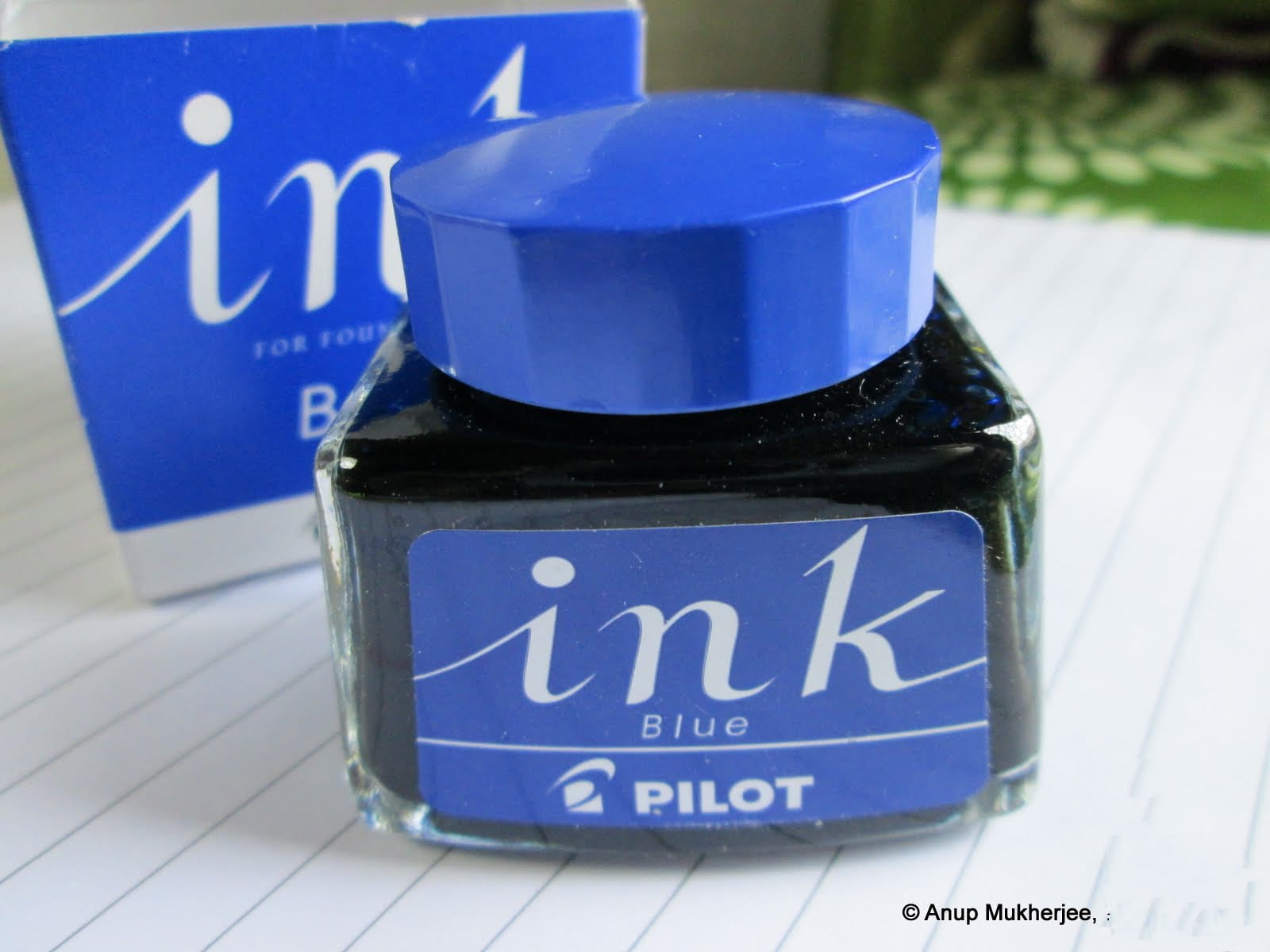 I have recently got interested in Fountain Pens after a long time. Earlier, I used fountain pens when I was in school (everyone does). However gradually, the culture of Dot pens seeped in, and even later, the gel pens and roller gels took up the writing. And not to speak of the computer keyboard. Oh, I miss so much, the old fashioned letter writing !

Anyway, I decided that I would use the fountain pens regularly. However, one thing that was a bit disturbing was that while dot pen inks and gel pen inks are waterproof, there was nothing comparable like that in the area of fountain pen.

A little research showed that fountain pen inks are water based. I even tried few experiments (like trying to mix the roller inks – but such experiments failed). Searching internet, there was some brand called Noodlers that had developed ‘bullet proof’ inks. Similar inks have also been developed by PR (Private Reserve). But, then, even in this age of internet, the financial system of India still sticks to old policies – and I cannot use my debit card and bank for purchase from foreign sellers like on ebay.com – and that is besides the high forex conversion costs and freight costs.

In my place, only the Camel Ink (Camlin Ink) is available which costs Rs. 12 per 60 ml bottle. Even other Indian brand inks are not available. When I was in school, the brand I used was Chelpark. However that brand has now vanished from my city.

Camlin also brings out the “Royal Blue” which has a nice hue to it. Another of its ink is black ink which is called “Permanent Black”. However I realised that this ‘permanent’ part was only perhaps for the fabric and not for paper.

And searching a lot, I finally found the Pilot ink online. And I must say that it is near to water-proof. Though the ink is not advertised as such nor any such thing is written on the outer cover – but the ink is really water-proof. (Dont know what is there written in Japanese).

I put the sample written in pilot ink and camlin ink under running tap water for one minute – and while the Pilot ink remained with very little fading, the camlin ink was gone. Moreover, I have found that rubbing over the water washed ink does not remove pilot ink written matter.

The ink is manufactured in Japan and imported into India by Luxor. Its a nice blue colour fountain pen ink. I have tried only their blue ink, and I guess, their black colour ink would also be such water resistant.

The Pilot ink bottle comes in 30 ml bottles and is priced at Rs. 350 per bottle. I prefer to mix around 1/3rd of Pilot and 2/3rd of Camlin ink – and that is pretty good both for colour and keeping the writing intact even in case of water runover.