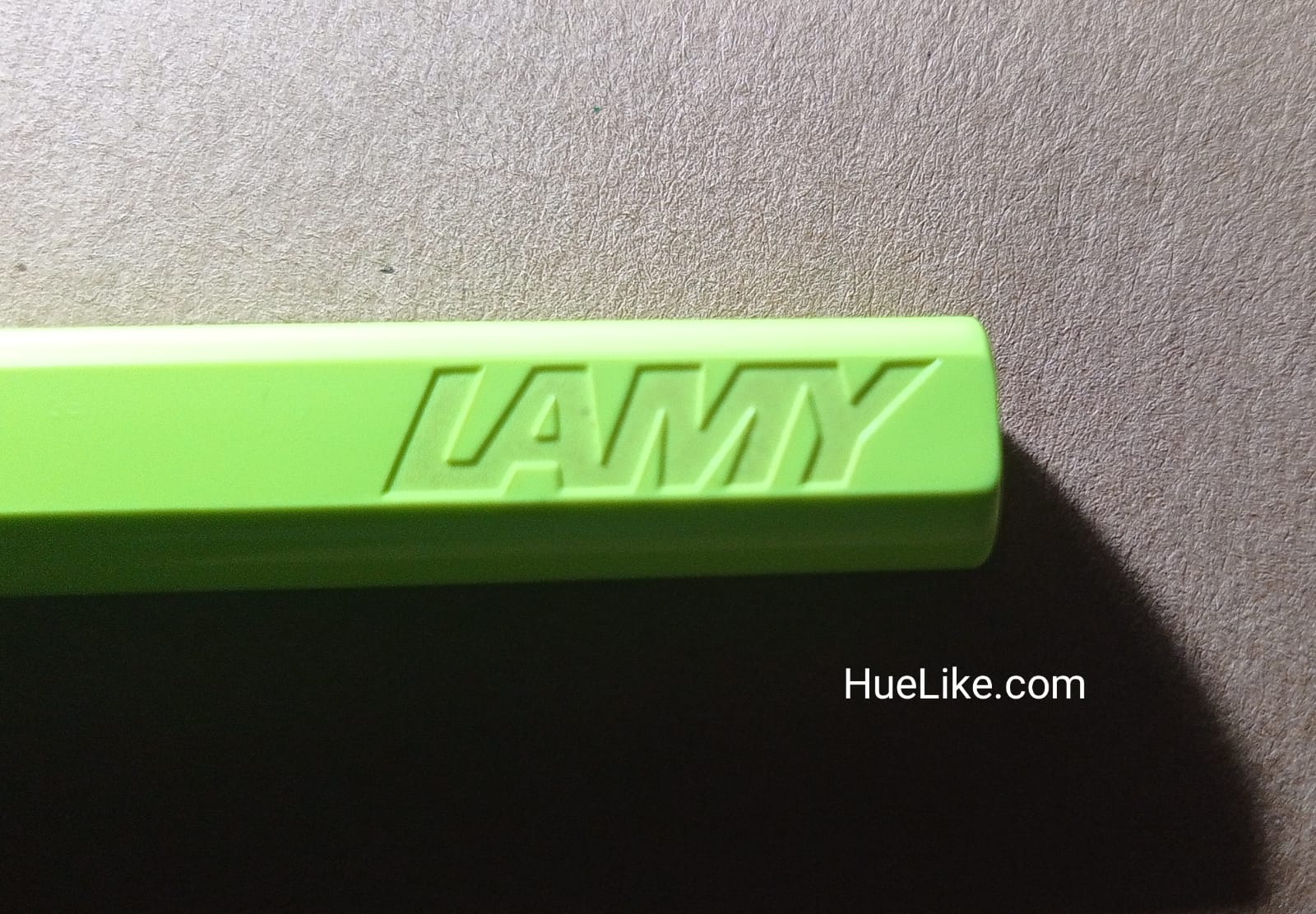 I have three Lamy Safari. These FPs had gradually slipped out from usage only to be kept packed. The reasons are not difficult to understand. It has a triangular grip which is not really my favourite grip. Also they all have Medium nib. I have gradually moved from using Medium nib to Fine nib.

In recent months I have found that triangular grip is a good grip for doing a deliberate and better looking and more structured writing. But all my Lamys are M nibs – so they continued to remain in box.

Recently – we went on our customary pilgrimage-cum-historical tour this summer, which we go out once in two – three years in either summer or winters. And fountain pen was no where in the list. Pune was a transit stop – and we were there for a day. We decided to visit the Phoenix Market City (Hyper Mall) which is considered the biggest mall in India.

The Phoenix mall is a huge mall and a nice place to spend time, when in the end one is only trying to kill time (the other alternative being watching a movie!). And mostly going through window shopping and cake/coffee shops, I saw that there was a Lamy stall in the mall. I couldn’t resist !!

The stall I found is an outlet of William Penn and exclusively for Lamy products. The guys manning it were pretty smart and enterprising.

I started out checking out with Lamy Studio, then Lamy 2000. Both these FPs are of similar dimensions. I had fancied having a Lamy Studio – but when the two FPs are together in front, it stands no where in front of Lamy 2000 which has a nice curvilinear design tapering at both ends. The black matt finish is simply great – besides, the Lamy 2000 is a piston filler! These FPs were dip tested on the Lamy turquoise ink.

I was given different Lamy FPs of different nib grades to check out.

Initially I thought I would buy the ink, but then I decided otherwise, as I still had nearly two weeks of travel left. And it would be a unsafe to carry an ink bottle.

So I asked them whether they keep spare nibs. And wow – they had it. Not just Fine – but even the EF in both black and steel finish. On my request, they happily put the nib in one of the Safari for testing and allowed me to check the alternate EF nibs.

I found that one of the EF nib was watery, while another one wrote like a good nib should write – just the kind of flow and width that I like.

It was pretty nice talking to them and they were very active and energetic to show different FPs.

Not knowing that I was in Pune barely for a day, the guy who was attending me – Mr. Subodh Agnihotri was even entrepreneurial to tell me – “…if you don’t have cash now, you can pay another day!…” Frankly, had I not been on the initial leg of the journey, but on the end part, I would have bought a Lamy 2000. The Lamy Al Star in sea-green, purple and the copper-orange colour were other attractions in the stall – which I somehow resisted !

I ended up buying an EF nib. Unlike some reviews on internet that speak of even F nib of Lamy as scratchy, the EF I found to be very smooth. Its not exact to, but nearly approximates the line width of Japanese (Pilot) F nib.

Overall it was a very nice experience buying from a real shop rather than from internet.

(One word of caution regarding Prices – William Penn outlet sells the products only at MRP – it may give discount voucher – but that voucher is valid only for next purchase. Though being authorised retailers, purchases come with full warranties wherever applicable.)

(Yes in Hyderabad, I did skip Deccan and JK Pens in the Abids area)

You may also like to read about Pilot Celemo Fountain Pen