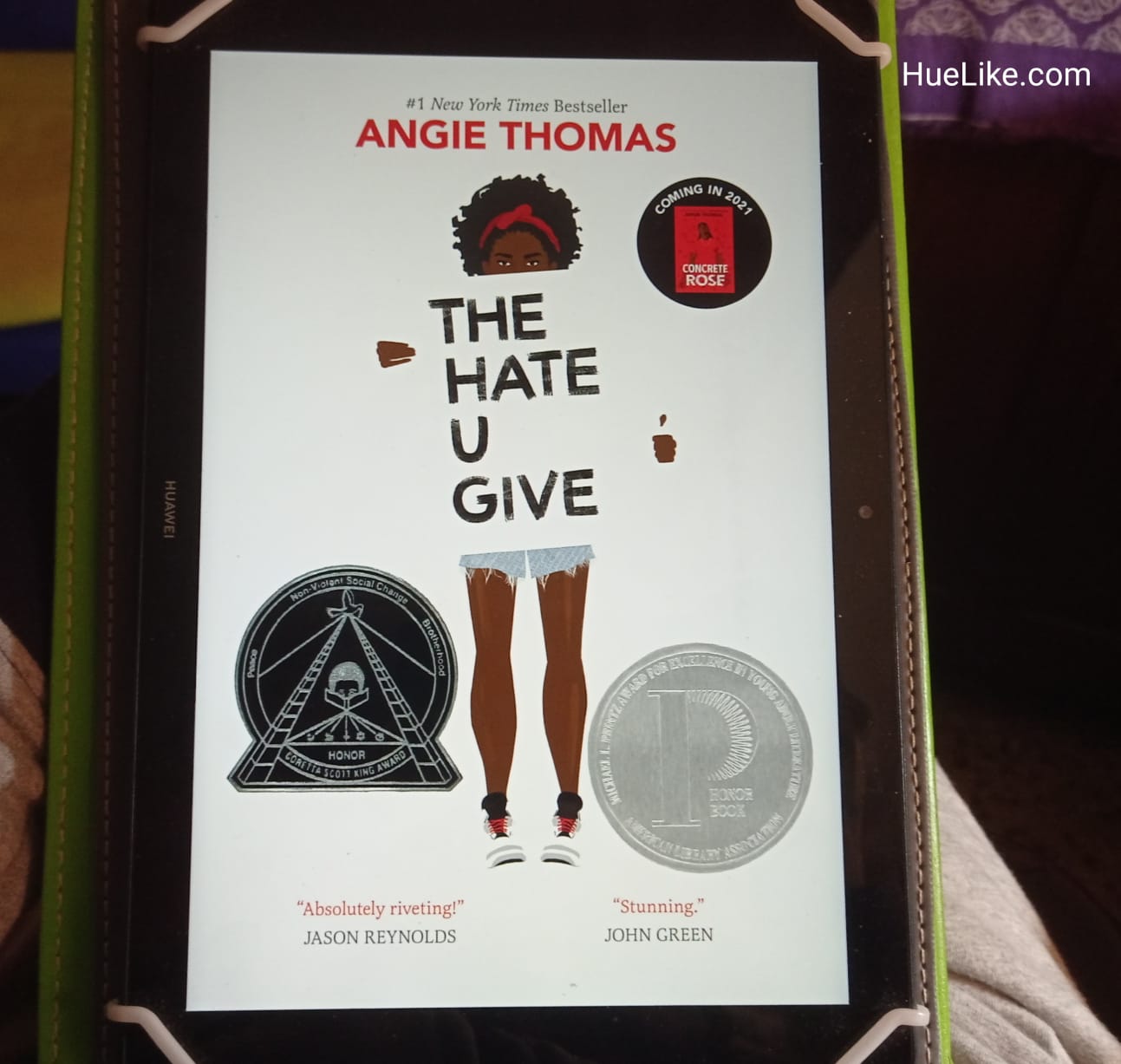 The word “Thug” had its origin in the central regions of India, and by early nineteenth century, it had become notorious. The person who suppressed the Thugs in mid nineteenth century, Col. William Sleeman, had his headquarters in my city. His office, and the rehabilitation centres are still in use, by the government / army. Its interesting to note, how the word has exported itself to USA, like the spiritual gurus from India, and transformed itself in the context of subculture of the underprivileged Afro-American society. As it’s said, churning, brings out both poison and nectar. One of the positive and wonderful outcome of the churning is this book – The Hate U Give, an expanded form from the acronym THUG-LIFE, the word made popular by Rap artist 2Pac (Tupac Amaru Shakur).

Its a story of a teen Black girl, Starr, who has witnessed death by shooting, not once, but twice. Its the second that creates an upheaval in her life. There are interplay of various influences – the incident, the family background, the neighbourhood, the drug gangs operating in the neighborhood, the kind of school she goes to, the police, the labeling that is still faced by the Black community.

Apart from the story, what I loved about the book was the consistent pace, and the way the author has managed multiple characters in every scene. Hardly are there pages where there is only one or two characters. In some pages, where I wondered, where the story was heading, suddenly there were twists. It has been written as a first person account, so its the main character’s POV, but its not the only POV. The views of others like Maverick, who is Starr’s father are expressed through dialogues. I could well imagine a Denzel Washington speaking on the screen. The story is not just about a single protagonist, but also about family and community. Without the support of family and community, the protagonist would most likely get ignored due to the official propaganda. It shows great bonding between the protagonist and her parents, and also among people who have taken in kids when their parents had to go for incarceration or when they are in trouble. Not that all bonding is perfect, but it exists despite the minor fissures, and the bonding has been very well presented.

The story is not just about a certain perspective, its about searching and asserting one’s identity. This is gradually navigated through the triggering event. The highest point of self assertion, sort of coming of age, I think, is the television sequence. The author has adroitly worked the main character through the perspective of Black Lives Matter theme. This is despite that Starr studies in a high end school, where her friends are White. If that was not enough, even her boyfriend is White!

There are some funny moments also, like, “Disney took all our parents’ money”, or those about social media Facebook and Tumblr. It shows how much today’s young generation get affected by “Like”, “Follow” or “Unfollow”, and the various motives that gets associated to a simple click.

I bought this book on Kindle, as this book runs into 445 pages in print, which makes it a bulky book for me to hold for long duration reading. The first chapter may be a bit difficult read for those who are not familiar with the slang used in the Afro-American context. But after that, the slang is used sporadically, so it becomes an easy read. However, I kept the urban dictionary handy for reference. From part two onward, the book is standard English.

Its ironical, that even in our times, when in theory we have gone past the post-modern world, people and institutions continue to have prejudices based on color. Why can’t the world be, as described in the song by Michael Jackson, “It don’t matter if you’re black or white…”. Overall an excellent book, revelational, contemporary, brutal, and entertaining. This was a debut one. Hope to see great books from Angie Thomas in future.