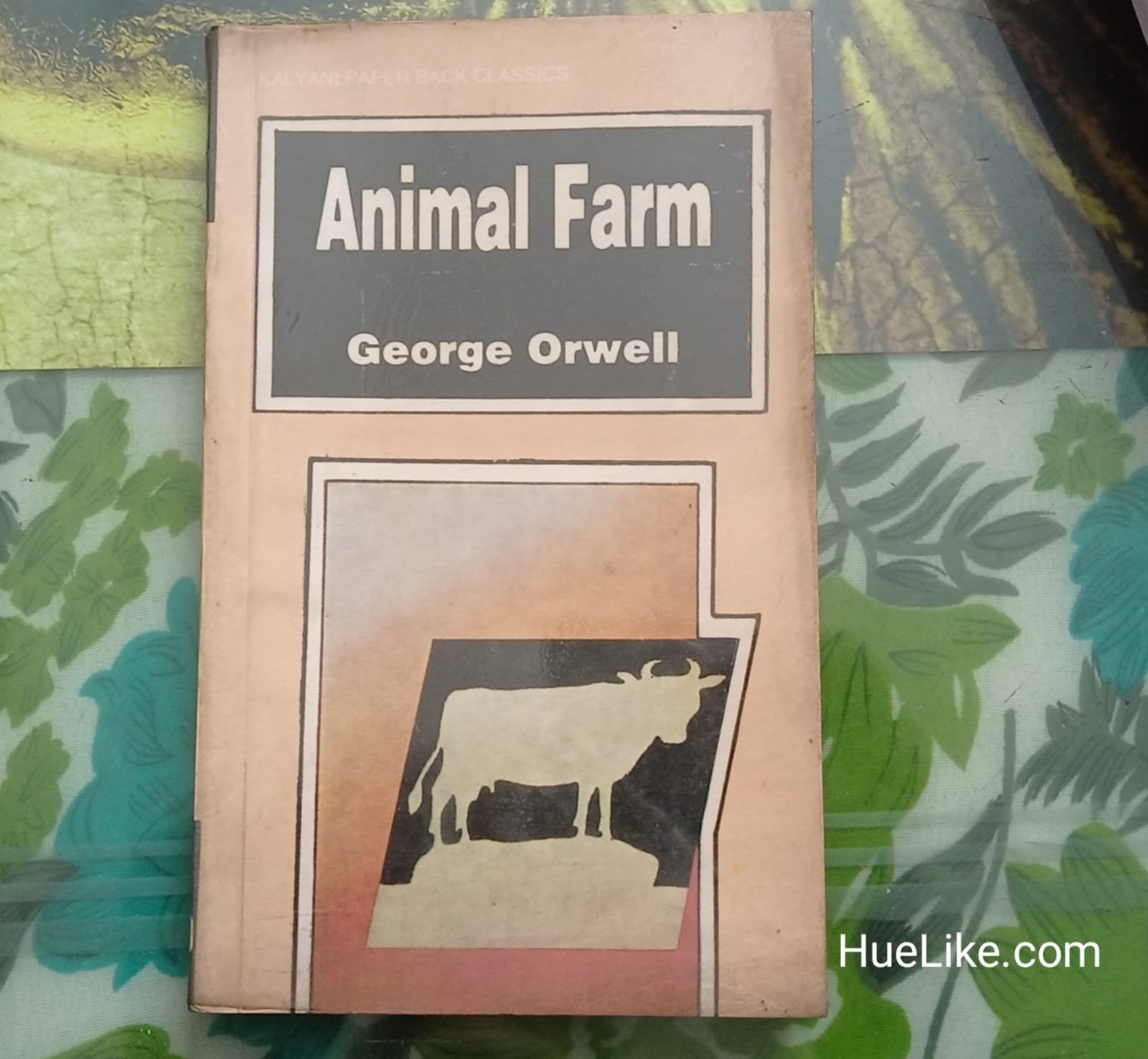 This is a book that I read long time back, when I was in college, but revisited it recently when it was the book of the week in a reading club. For the uninitiated, this could be read as a humorous middle grade fantasy. The pigs are the main characters of this. Everyone may hate pigs, but love their piggy bank in real life.

It requires an understanding and interest in politics to really appreciate what is happening. This book is not about humor, its an incisive satire on the political systems that have troubled and ruined a vast geography of humanity for a large part of twentieth century, and still continues to exist in certain parts of the world. One can even metaphorically identify characters with the communist regimes of erstwhile Soviet Union, and also the plight of the masses.

The quest for equality is not a hollow ideal. Yet, when a political system is attempted to be built around it, the whole concept of equality is inevitably doomed. The reason is not far to see. It is the hierarchy that is prerequisite of any political system. And this hierarchy contains within it the seeds of anti-equality that perpetuates inequality in real societies. Besides, how is the leap from an unequal society to an equal society is attempted? Usually through a violent political revolution. And what does a violent revolution brings? An inevitable totalitarian regime. Its not far to see what effect a totalitarian rule would have on the concept of equality.

The story is about an animal farm where the animals revolt against the owner of the farm. There are different types of animals – pigs, horses, donkey, goats etc. Some of them are dissatisfied with living under the owner, who is a human. So, they spread the disaffection among the others, and create among the other animals a dream of equality, a farm that would be like paradise untainted by the human control, and where every animal would be equal.

Thereafter a revolution happens in that farm from where the owner is ‘overthrown’ and he runs away. Thereafter the power comes in the hands of the pigs. I love George Orwell for having selected pigs among all animals to do the allegory. Even among pigs there is a power struggle as to who would be the leader. Gradually, while the curve of equality goes continuously south, the curve of increasing power and hold over resources of the pigs keeps on increasing. The food and rations of the ‘common’ animals keeps on decreasing continuously, while the pigs who are in power, their life keeps on adding luxury, and keeps getting better. Its even useful that the luxury is kept secret from the “common” animals.

The original commandments of revolution are secretly and abruptly changed again and again to the point that the commandments become meaningless for the commoner animals living in the farm. Use of fear and coercion as a tool is very effectively depicted in such a system to maintain the power in ones hands.

The last chapter is most instructive, where it becomes clear that pigs no longer consider themselves as part of the animal brotherhood, but have become elites. They start to stand on two legs and are hobnobbing with humans by partying and negotiating with them, in effect showing that the political elites of the socialist or communist system are no different than the political elites of the capitalist system.

An extremely instructive and incisive book. It’s a classic that has lived through the times.