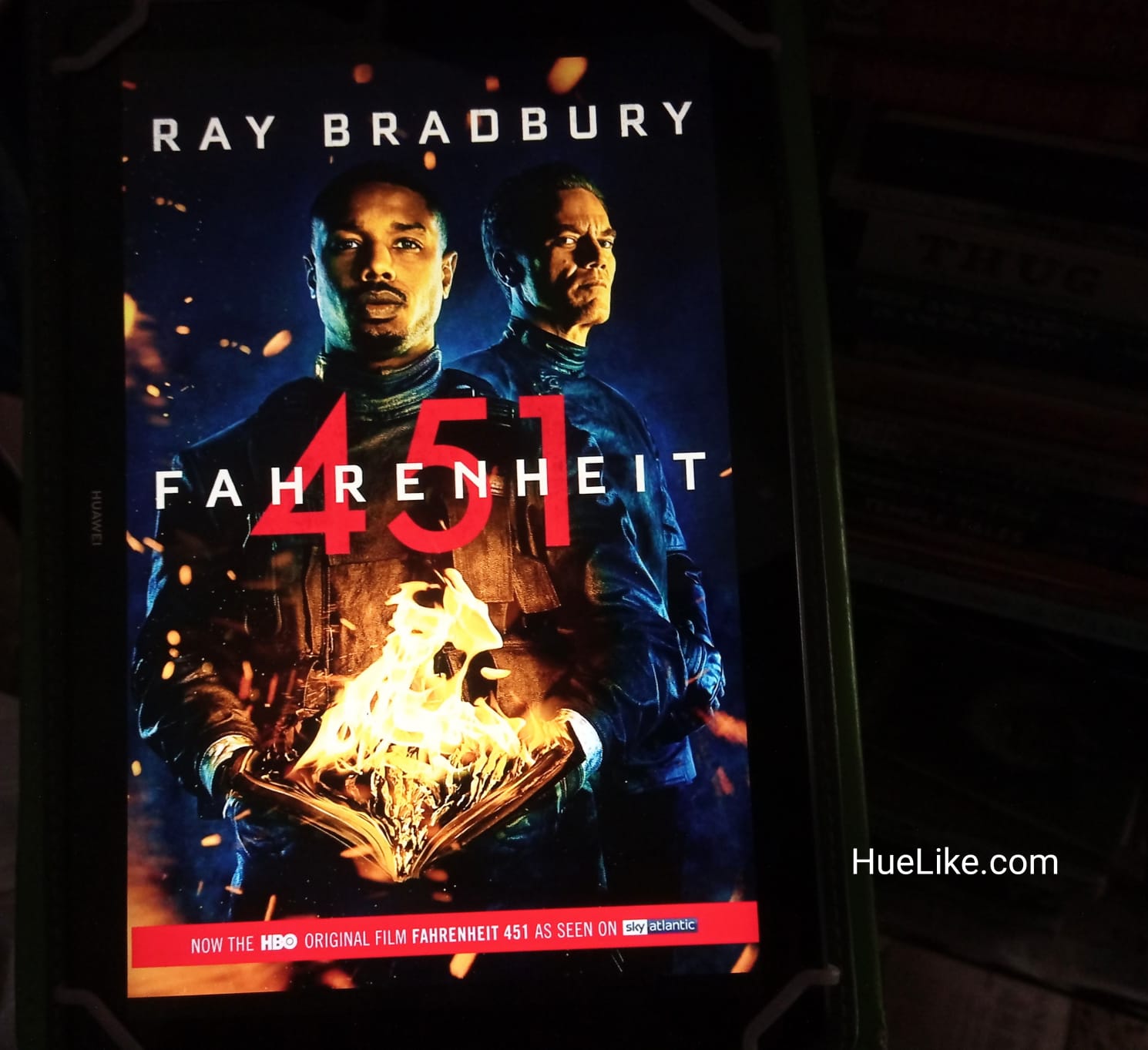 This book is considered a classic of science fiction. Interesting is the fact that when the author was not able to find any publisher for the book which in words of author dealt with, “past, present and future censorship”, it was published in parts in the early issues of Playboy magazine!

The book written in early 50s deals with a futuristic dystopian world where the protagonist, Guy Montag, a third generation fireman is no longer fighting fire, because everything is fireproof, instead, the fireman in its new avatar is a powerful person charged with burning books. One can very well relate as to how the socio-political situation prevailing in USA in those years of McCarthyism might have influenced the premise of this book.

The imagined world is more happiness oriented, and does not need books. Books confuse and disorient people, it makes them think non-sense.

“With school turning out more runners, jumpers, racers, tinkerers, grabbers, snatchers, fliers, and swimmers instead of examiners, critics, knowers, and imaginative creators, the word ‘intellectual,’ of course, became the swear word it deserved to be.”

People are watching more television – here the television is more futuristic something that gives a realistic and live presentation of events in the drawing room parlours of houses. In such world even the houses have been modified in the front so that people are not able to read book sitting on their chair in front of their houses.

In this imagined world, while it’s “pleasure to burn”, for the protagonist, the burning brings in doubts, particularly after an old lady has been burned with her books. The protagonist has been sneaking through one or two books at times while on his burning duty. This even his wife doesn’t know and he is scared to say it. So, when this event occurs, he is in a reflective mode, and tries to find out what exactly are in those books, the reasons why they are being burnt.

Burning of books have been accepted as normal, yet, not everyone agrees to it, and people have secretly tried to preserve books. This is the best twist of the story. People have memorised books. So, if you want a book contact a particular person.

Fahrenheit 451 is part satirical and part ironical. The satire is not as steep as in Animal Farm, but rather subdued in its content and context, but irony is written all over, not just of those times of 50s, or the world of the book, but even for our times and contains message for the futuristic electronic /cyber world. The book does lack elements of closure, in the sense that no clues are provided as to whether pen / pencil and paper exist or are in use, or if they have been completely eliminated. Printing has been alluded to, hoardings for advertisement are there.

Overall, the book is a powerful commentary that takes the extreme situation, where the authorities would not like people to think or reflect. Information gets manipulated and consumed instantly. Imagination is decried, and contemplation is not wanted. Mechanical and electronic things are valued more than the innate humanness.

The ending is a chase where mechanical hound are unleashed on the protagonist. What happens finally, for that you have to read the book. Overall, an excellent book that makes one think, and in our times where there is not just plethora of television channels, but society is wired 24×7 by the electronic net, the allusions in this book gains significance.