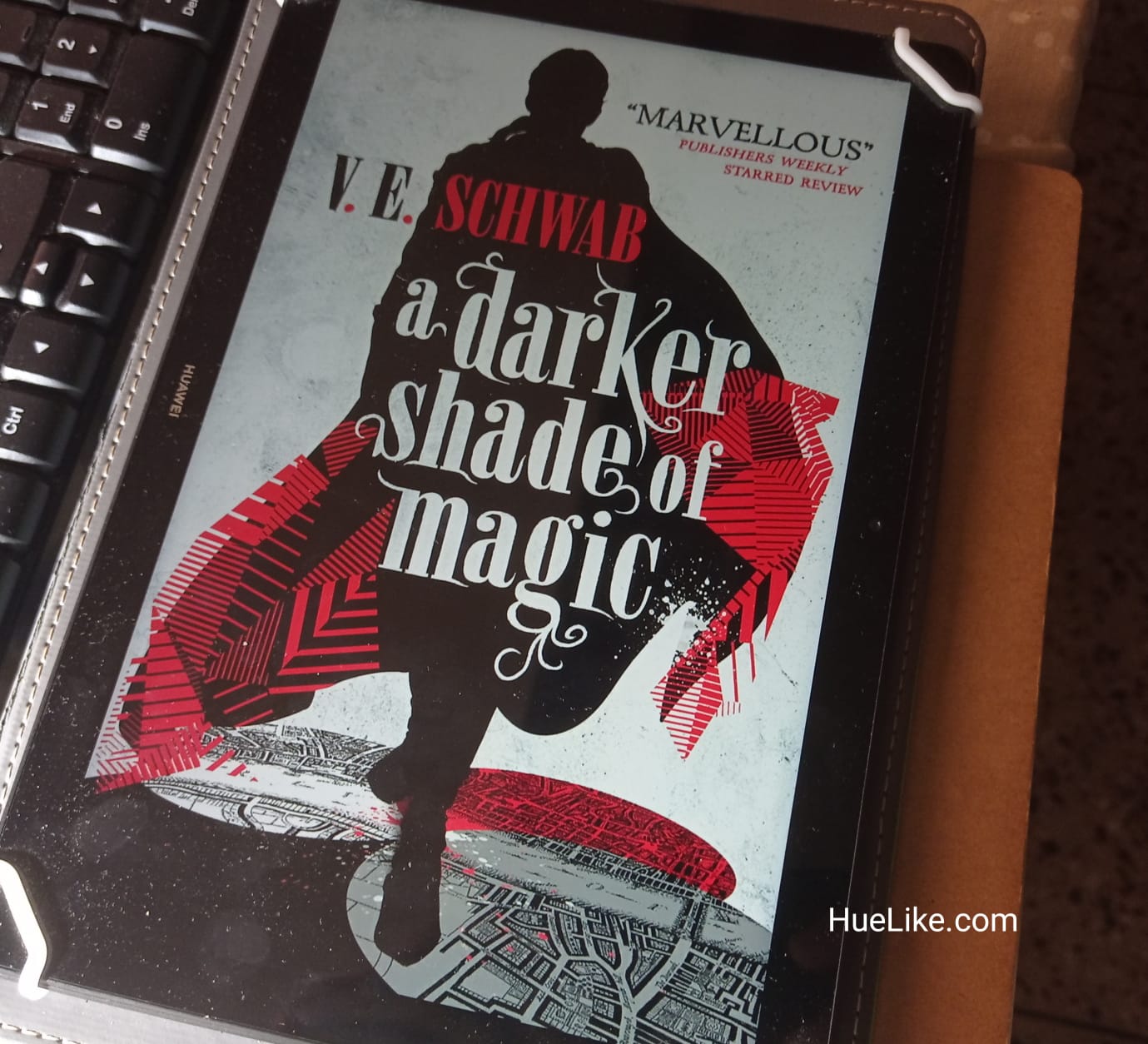 A Darker Shade of Magic by V. E. Schwab

Victoria E Schwab is a foremost Fantasy writer of our time. (She also has wonderful videos on the craft of writing on Youtube) This book, A Darker Shade of Magic, was first published in 2015. This book is not about ordinary magic, but dark magic. It’s not just London, but four Londons – red, white, grey, and black. The magicians are not doing illusions, but blood magic. They are not just any other magicians, but Antari, whose magic can be fatal. Even the sidekick, is not just any other girl, but badass, without whom the main character, Kell, an Antari could not have achieved the objective.

This book is not for the weak hearted, but for one who can endure gore, and blood curdling action scenes that involve knives (even pistol), magic, blood, and some ingenuity in a London – that not just belongs to England, but each London can be capital of different lands with their own language. Royalty, magic, and plebeian are brewed to a story of interdimensional rivalry of supremacy that finally leads to elimination of evil.

It is often said that the first sentence of a book is like a magnet – it either attracts or repels, and this book stands at a high pedestal of this concept. This book has a fantastic start, and worth quoting,

“Kell wore a very peculiar coat. It had neither one side, which would be conventional, nor two, which would be unexpected, but several, which was, of course, impossible.”

The story takes some time to develop with the world building and characters, but once the ground rules are firmly in place, the story works itself out. During these initial chapters, one may even wonder where the story is moving, as the story preoccupies itself with palace shenanigans, treachery, personal rivalries, and gory one-on-one fight scenes involving knives and magic in much details. The revealing of the objective is gradual, perhaps because the characters are themselves not aware of the objective.

Even though one can anticipate some foreshadowing due to manifest rivalry among the royalty, the objective presents itself when the story has progressed quite a lot. Thereafter the pacing is good and turns into a suspense, and finally to a nail biting finish. I also loved the character of Lila, and I guess the character of Lila is better fleshed out compared to Kell. The villain, another Antari, Holland comes out as formidable and unrelenting.

If you are looking for lyrical mastery like Ray Bradbury or the complicated tapestry of Ursula LeGuin, then this is not it. Instead this is a not-so-complicated story woven in simple words and elegantly told. If you love magic, you would have a field day reading it, and with various spells, one might even have a déjà vu and remember Harry Potter. At times, I even felt magic occupied a more central position than the characters or theme; viewed differently, the magical aspects and the imagined world leaves a lasting impression, along with the characters.

There is much element of show-not-tell in this. Besides, one would not have fathomed that a broken stone would hold such malevolent power to threaten existence of London and power enough to bereave it of vigour of life.

This book is high fantasy, with all elements that define it deployed in the story – kings, magic, realms, and medieval (but, not-so-medieval) setting. The book begins with the realm of George III, “the mad and the blind” king of Grey London. Each London has its characteristics and monarchs, while Black London is lost to other worlds. The smoke was characteristic of industrial revolution that preceded George III, and is well represented in the story by flintlock revolver that came after industrial revolution – perhaps, the reason why this London has turned grey and “forgotten magic long ago”.

The book resolves itself and does not leave the readers with a cliff-hanger. It is an interesting and enjoyable book, and is followed by sequels A Gathering of Shadows, and A Conjuring of Light, as part of Shades of Magic trilogy.