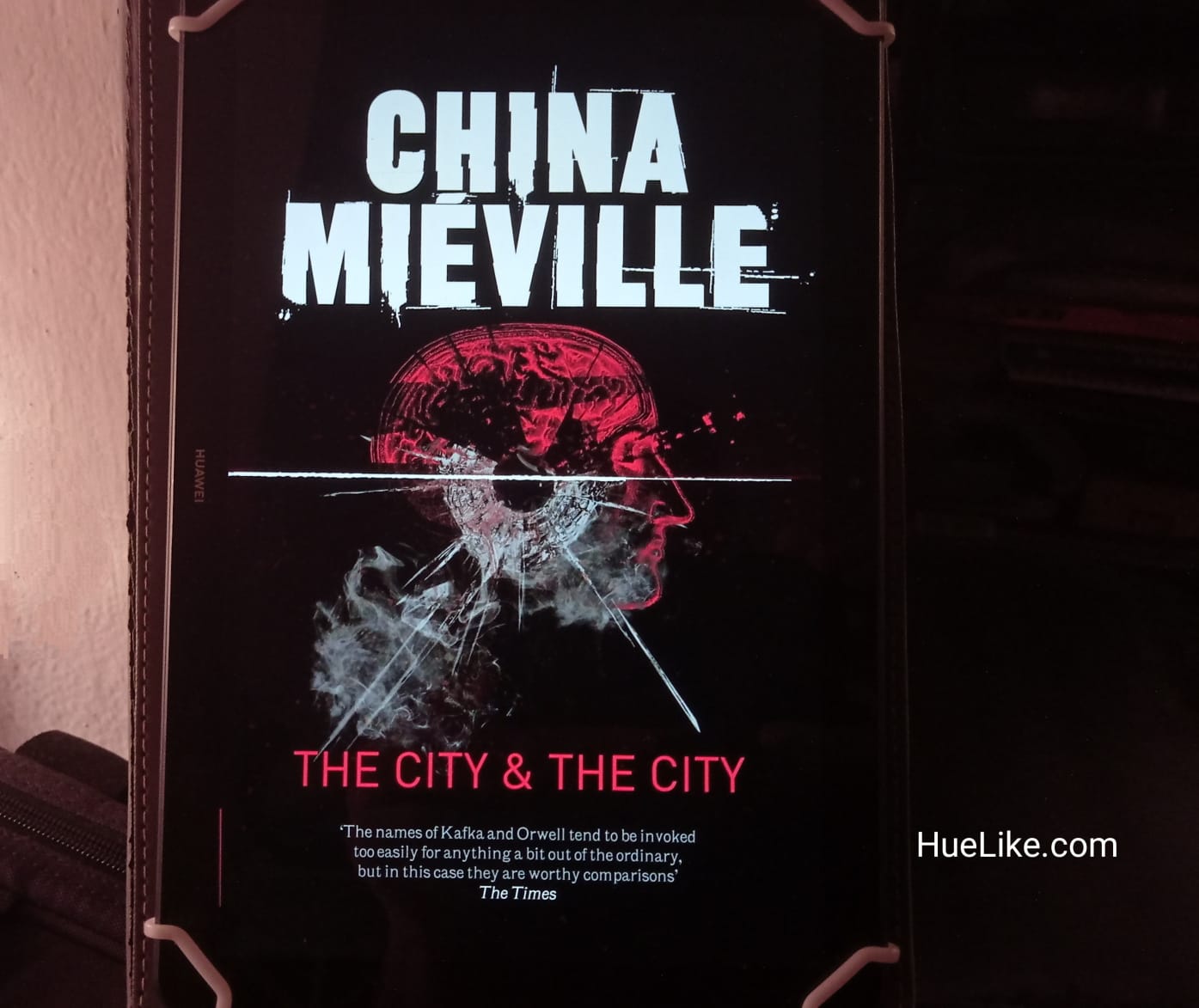 Book Review: The City & the City by China Miéville

His books uses urban / city landscape in its own unique ways, where the city setting is as important as the plot itself. Here the plot derives from the world building of the two cities. The premise of the book takes from the ordinary life – a crime scene – without the scifi element it could well have been a murder mystery, a social metaphor of “unseeing”, something like we deliberately block out people and things from our visual space – that could very well make for a literary classic; and, it has political groups -the Nationalists and the Unificationists – that could pull it to the direction of a political thriller.

The book is narrated in first person from the point of view of the detective who is on the case; yet unlike many other books where the use of “I” takes precedence, here the progression of story often looks like being narrated in third person, and in most of the book, it does not feel as if we are getting only one personal point of view. It’s only in the latter part of book when threads of the case starts to get complicated, the personal aspect of narrative starts to dominate, because the detective himself is bewildered by the complications of the case and have to handle various uncertainties that adds to the suspense of solving the mystery.

Most importantly, the story has a divided city – but not quite physically divided, because both these cities exist in the same space – and it’s this element that makes it a science fantasy – because the twin cities – Besel and Ul Quoma exist simultaneously. Kindle uses this spelling of the cities, so I will stick with this, though I understand, in print versions, the spelling used is Besźel. So,

“…I was hemmed in by people not in my city, walking slowly through areas crowded but not crowded in Besel…”, and, “To avoid prosecution the lines and shades of division were there – total, alter, and crosshatched – but ostensibly subtle, distinctions of greyscale”.

To add, the myth of a third city – a secret city- ensconsed between them adds another twist to the story.

Given that the story is about solving a murder, which might be a mundane task for the police / homicide squad, yet the unique setting of the city, the way the effect of the world building and the metaphor of unseeing impacts on the progress of the story and on progression to solve the crime is bewildering. Sample these:

“The truth is that unless someone saw the sign in the windscreen, people’s assumption would be that such a foreign vehicle was not in their home city, and accordingly it would remain unseen. Potential witnesses would generally not know there was anything to witness”

“The old towns of Besel and Ul Qoma are closely crosshatched: reach their edges, separations begin, alter and total areas. This was not, could not be, a chase. It was only two accelerations. We ran, he in his city, me close behind him, full of rage, in mine…”

Then there is an independently powerful authority – the Breach (with a capital B), that keeps control over the two cities to control any breach (notice the small b) between them. The breach includes not just the act of crossing to the other city, for it can be crossed from only one designated location, but even the act of looking over to the other side. And just think, about the sound – trying to unhear the music being played on the other city. As to the authority, the Breach that enforces the rule of separation, for those who work there,

“In Breach. No one knows if they’re seeing you or unseeing you. … You’re not in neither: you’re in both”

The world building and its effect is terrific. The concept of parallel reality of two cities most likely draws some inspiration from Schrödinger, because at one place at the ending scene, where the killer was identified, the author writes,

“He walked with equipoise, possibly in either city. Schrödinger’s pedestrian”

The way this book is written goes beyond the usual SFF. The use of “Un”, a primarily negative word, as a necessity of existence is remarkable. (He has also written an Un-Lun-dun, which is set in London, though I have not read that). If I use the “Un” to speak about this book, it’s like – only when we unhinge ourselves and undo our past perspectives, and unclose our minds, unleash our imaginations that we can uncomplicate this book; without this, the book is complicated , and bewildering.

There is an aspect that I felt reading this book – people in general are highly compliant to rules and authority, whatever be the political structure. An invisible “fear” in the people shouts itself loud in the book – from an authority that is invisible, but considered highly effective, and people in general do not raise their voice together / in organized way against authority that is clearly hindering their basic human rights to see, hear and move. And this becomes a habit of compliance over a period of time. Not that this is any limitation of the book, but the world building lends to such a suggestion at an unspoken / subconscious level. An aspect that I think did not exist in the book was – the emotional aspect of separation. While the twin cities is about separation with detailed structures of administration, the book did not suggest situations of separation of families or people living in the two cities, even while alleged connection between political groups are suggested. Maybe, this is asking too much from the book.

The story itself is wonderfully presented, and no loose ends left untied. The book is a pleasure to read. The book sets the fast pace, in the form of urgency and resolving the mystery from the very initial pages. Even in our daily life if we see a few police vehicles and few people standing at a place early in morning, our curiosity comes to fore – why they are standing? what happened? The book brings forth that feeling and sets the stage for the fast pacing from the very first page. The twists and turns are equally surprising.

I recently came to know that BBC2 is beaming serial based on this book, and that got me very excited – the way the serial might have portrayed the twin cities and the events. But alas, it is only for viewers in UK, and cannot be accessed from outside UK.

Reading this book is an exhilarating experience. It’s an incredibly wonderful masterpiece.