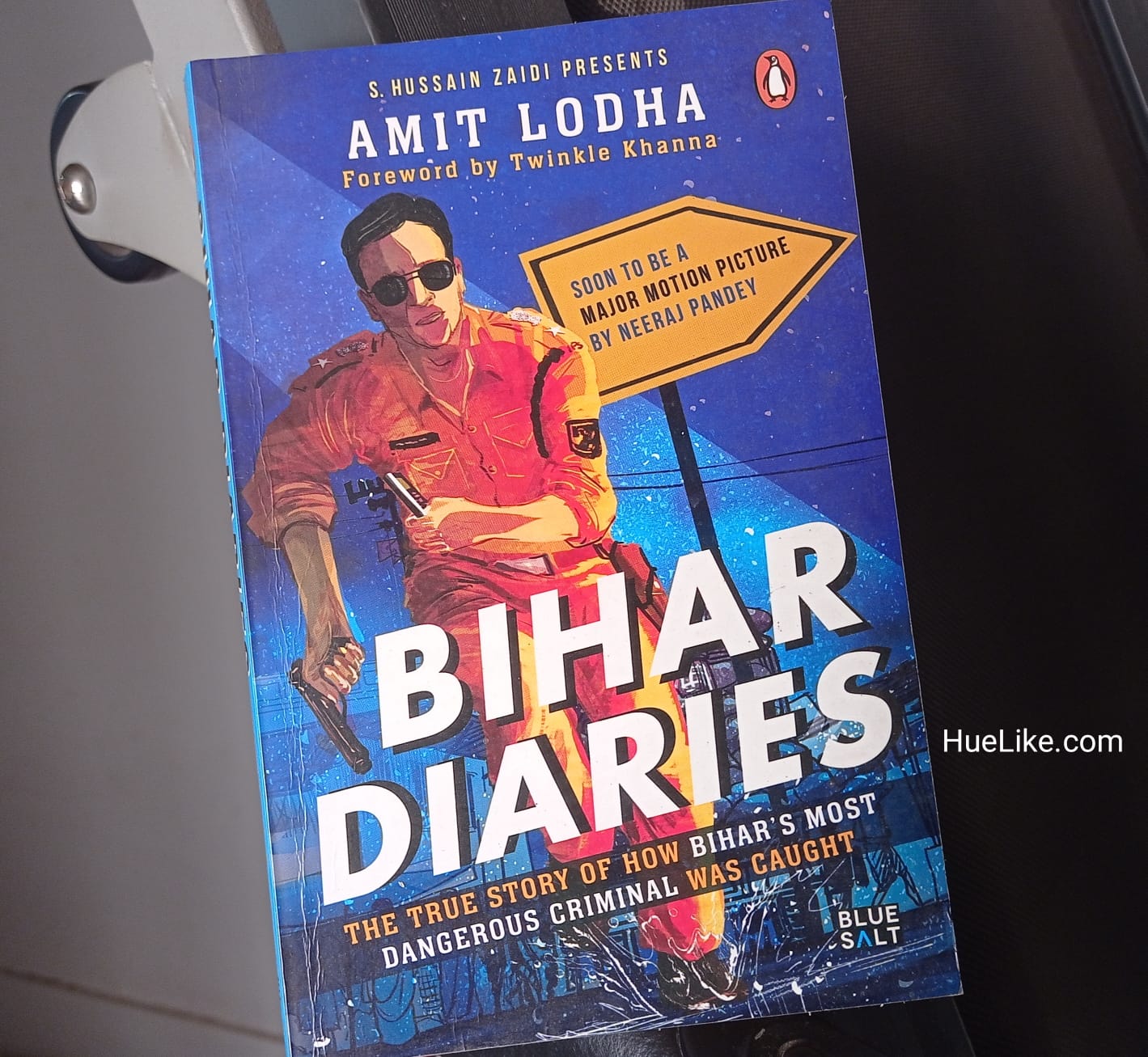 The book Bihar Diaries was released this month, July 2018. I had pre-ordered this book, as writings on Bihar is always a fascinating read. Bihar is the state in India which derives its name from Vihar, the Buddhist monasteries. This was the place where Buddha preached in ancient times, and Bodh Gaya is an important city of this state. It was the centre of power in the ancient times, and had the imperial capital of the vast Mauryan empire and its legendary rulers like Ashoka whose rule spanned from present day Afghanistan to Bangladesh.

However, by 1990s the state of Bihar had touched the abyss. It had become notorious for economic backwardness, political upmanship, gang-wars, and caste-wars. This book Bihar Diaries : The True Story of How Bihar’s Most Dangerous Criminal Was Caught is by Amit Lodha, a senior serving member of the elite Indian Police Service, besides being highly decorated with medals for gallantary service.

It’s a trend in India that the civil servants, particularly those belonging to administrative services and police services, when they retire, they pen their autobiography that details the series of cases they have dealt or the situations they have faced, including political ones while in service. In this I can recall those that I have read – The Plain Truth by N.K. Singh, Leaves from a Policeman’s Diary by John Lobo, Appointments and Disappointments by V.R. Lakshminarayanan, and Without Fear or Favour by Joginder Singh. Another way that bureaucrats have penned their stories is like that of Upmanyu Chatterjee’s English August, which was an own voices fiction, where the story is based on his own experiences in the mofussil town early in his career.

However, Bihar Diaries is different. The author writes, “I have been as truthful as possible… I would like to remind readers that this book is a work of non-fiction.” However, this book should neither be seen as an autobiography, nor it is a detective/crime fiction. It is somewhere in between – it takes the best of both genres and transforms it to a racy non-fiction. The book is primarily about the way the author was able to nab a notorious gangster and his accomplice in 2006. The writing style is that of a racy fiction. Few names have been changed, even-though, given internet and that the events relate to near past, one can very well find out the names of characters involved. Also, unlike many other autobiographical narratives where the ex-bureaucrats or ex-policemen write about various cases, this one deals primarily with a single case and the adverse circumstances and conditions in which the author had to work.

The story here is not about whodunit, because the criminal is notorious and a law unto himself. He has openly executed massacre at two places in the same night, besides he is also wanted for many other cases. The central question is how to nab him.

What I missed in the story was the social aspect of caste that was often a major reason of massacres in Bihar of those times. There were various factions of upper caste and dalit gangsters and they were hand in glove with the political parties. Even today the caste equations play a major role in politics of Bihar. This aspect,except for few pointers, has been conveniently left out, perhaps because it might have been a controversial aspect coming from a serving police officer and would have become difficult to handle, besides it would have taken away the “racyness”.

The book has been written as a straight police-criminal detective story with a liberal dose of humour in it, and what makes it hilarious is that those situations happened in reality. Besides, this book is for everyone. Even my daughter who is nearing twelve and an avid fan of Nancy Drew and Sherlock Holmes has read it and on many pages split with endless laughter.

The book originated, I understand, more as a story for movie than for a book, as the very first print of the book comes with the front cover “Soon to be a major motion picture”, besides, the foreward is by a famous actress of Bollywood. A highly recommended book for those who want to know the conditions in which police worked in the near past in most of the backward areas of the country. Now obviously there is spread of mobile phones, internet, and better roads and vehicles and other infrastructure facilities that makes policing, I guess, somewhat easier. 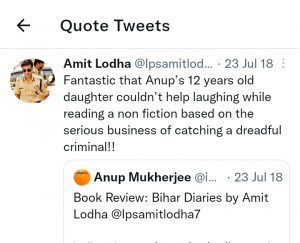