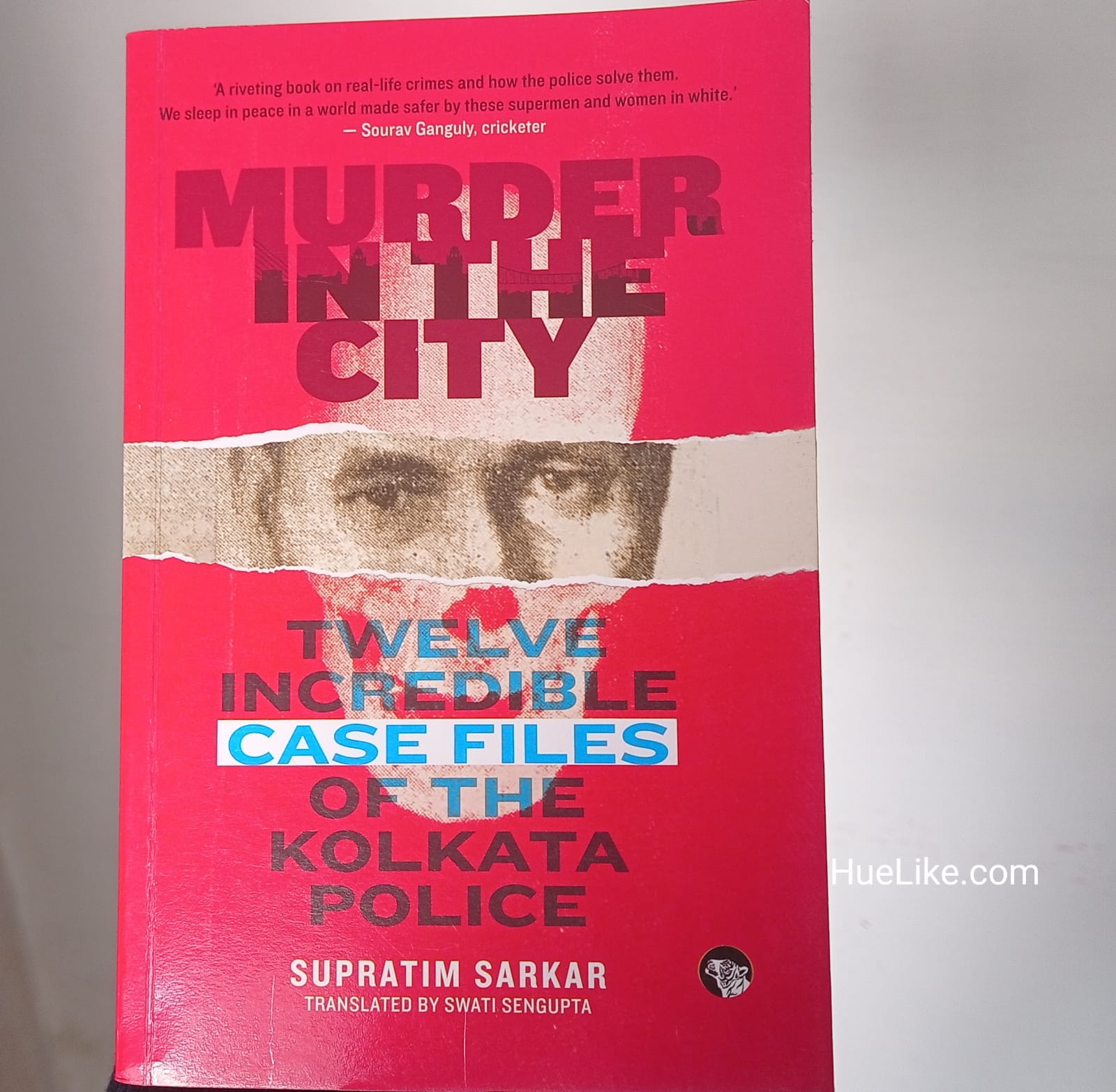 Book Review: Murder in the City

This book, “Murder in the City: Twelve Incredible Case Files of the Kolkata Police,” originally written by Supratim Sarkar, who is a serving Indian Police Service officer, and writes in Bengali language. This book is translated to English by Swati Sengupta.

Twelve real cases from the archives of police files of Kolkata (previously Calcutta) is unsettling and scary, but more for the case-officers, they must have been intriguing. These cases span from the time when India was under British colonial rule to the present times. The first of these cases goes back to 1934, and the latest is 2007. Each of the case details not just the investigation to solve the crime and nab the culprit, but also the process of collecting evidence for judiciary to get the culprit the needed punishment. In many cases, solving crime may be an easier task, but getting the court admissible evidence is difficult in complicated cases.

A few of these cases are worth mentioning – I’m not going into names and details here, but just the essence of a couple of them.

The 1934 case deals with an unthinkable situation (it’s 1934), where the criminal is able to procure plague bacteria and injects the victim, his half brother, for control over property. And consider the fact that there was only one institute at that time across the breadth of India, at Bombay, that could have culture of such bacteria. The planning of the criminal is mind boggling, and similarly the efforts to crack the case.

Then there is the 1960 case, where despite getting the skeleton and confession, it was not enough as court admissible evidence. During that pre-computer, pre-DNA times, the method of “photographic superimposition” was used. The author incorporates the background case from Europe that was used as the basis for using the technique. For India, it was first time that such technique was used.

Despite being non-fiction, the writing style is lucid. The characters involved in the case are brought to life through dialogues and scenes (which I understand must be mentioned in the police files), and weaving them into a story. The writing style is neither documentary nor news reporting, but far more engaging.

Going through the various cases, it is sad to find that the killers have been known to the victim – close relatives, and friends, at times even trustworthy. But the ties of blood or friendship were broken by the eternal human flaws – greed and/or jealousy. At times the deed was done by the person themselves, at times got done through others, and in the process converting those in need of survival to criminals. At times, even the most unthinkable person would get the crime done. But one thing for sure, crime never pays – one day the criminal is bound to get caught.

A very readable book, not for the weak hearted.