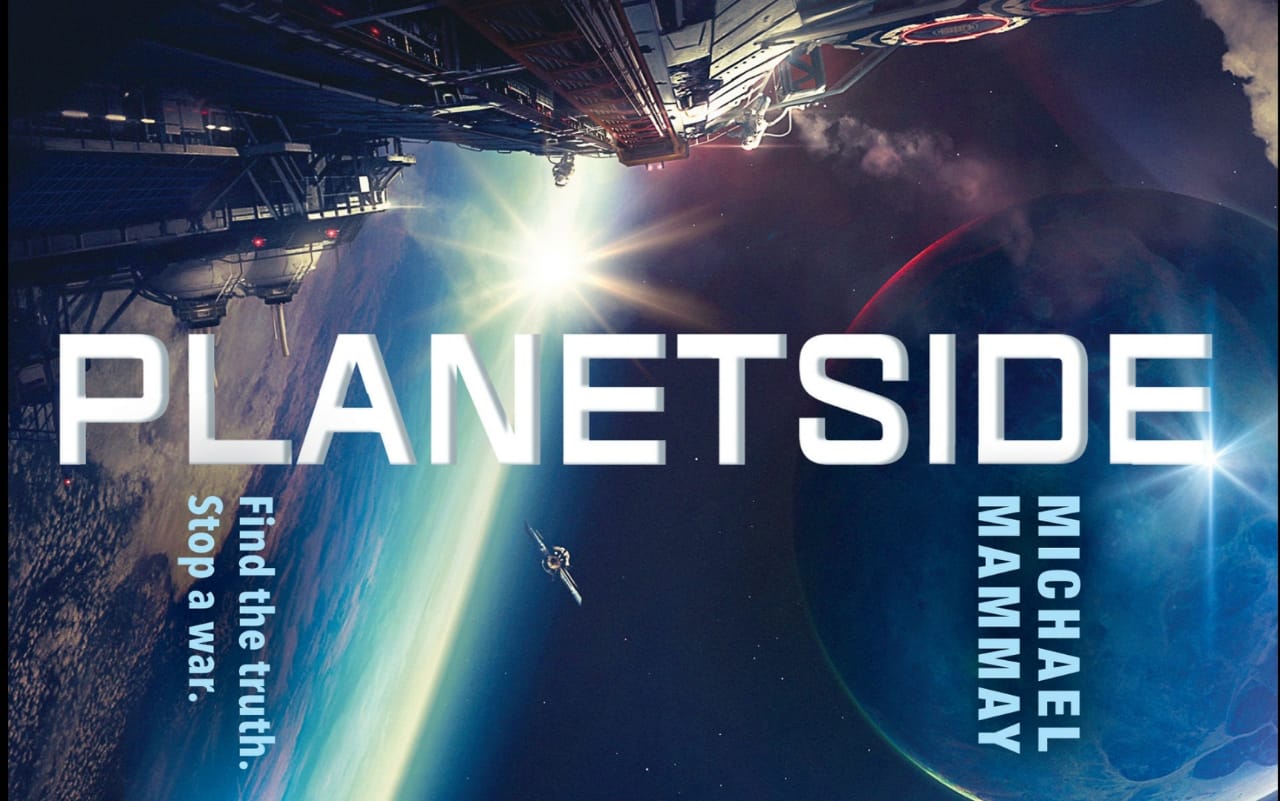 Michael Mammay the author, as the book says, “is a retired army officer and a graduate of the US Military Academy… and is a veteran of Desert Storm, Somalia, and the wars in Iraq and Afghanistan.” Needless to say, this debut book is a military science fiction.

The story line is of a senior officer sent to investigate case of a missing person. The story is written in first person of Col. Butler, who has served thirty seven years in field, is now in-charge of Student Command, and due to retire in a year. He is pulled out and assigned the task to investigate the disappearance of a Lieutenant who happens to be son of a high councilor. So, he goes to the military base at “spaceside” that has a “planetside” Cappa with the aliens “Cappans” on it.

The setting can be understood from a quote from the book, “Eighteen years of fighting hadn’t altered the situation much, and left us bogged down fighting an insurgency that we couldn’t win, and that politicians and industry wouldn’t let us quit.”

The story is an easy read (which is a good thing), and is in contrast to many others in this genre that has difficult to use names and un-needed gobbledegook terms that impede the flow of story. Time is not wasted in unnecessary world building and that can be deciphered / imagined as the story progresses. The protagonist at the spaceside is in a hostile environment where he cannot trust anyone, and because of nature of military structures, commands, secrets, he has to find ways to get his investigation going which is hampered by people not speaking what they know. There is denial of knowledge. If some of the replies were misleading to put the first person protagonist off the hook, then it would have added a few more twists and turns.

While the story is filled with obstacles for the protagonist, somehow I felt that due to the experience aspect, the protagonist comes out as all knowing into how people need to be handled or situation needs to be tackled. I write this because even though the variants of word “surprise” occur twenty two times (thanks to Kindle search), it’s the others who get surprised, while the protagonist is hardly ever surprised. This is despite the fact that ,”It was like no other war in several hundred years… level of complexity beyond any other fight I’d seen.” The plot itself had seeds of various surprises for protagonist, but in the balance, action gets the priority. The action scenes have been portrayed with extreme precision. One can feel the palpitation of accompanying soldiers in a combat, real enough to give goosebumps.

The plotting is superb, and the story is fast paced and action filled, and anyone who likes to read mystery-military SF genre would find it worth reading.

While the mystery of the missing Lt. Mallot is resolved, the bigger questions are left unanswered, – Who did not want the investigation to progress? Who erased… ? Who … ? Are there others with … ? These questions are best left in ellipses. To identify such questions, you need to read the book.

I hope, these aspects would be answered in the sequel, which I understand is to be titled, “Spaceside.”

Overall, a wonderful action packed book, well worth the bedside that can keep the reader awake at night.