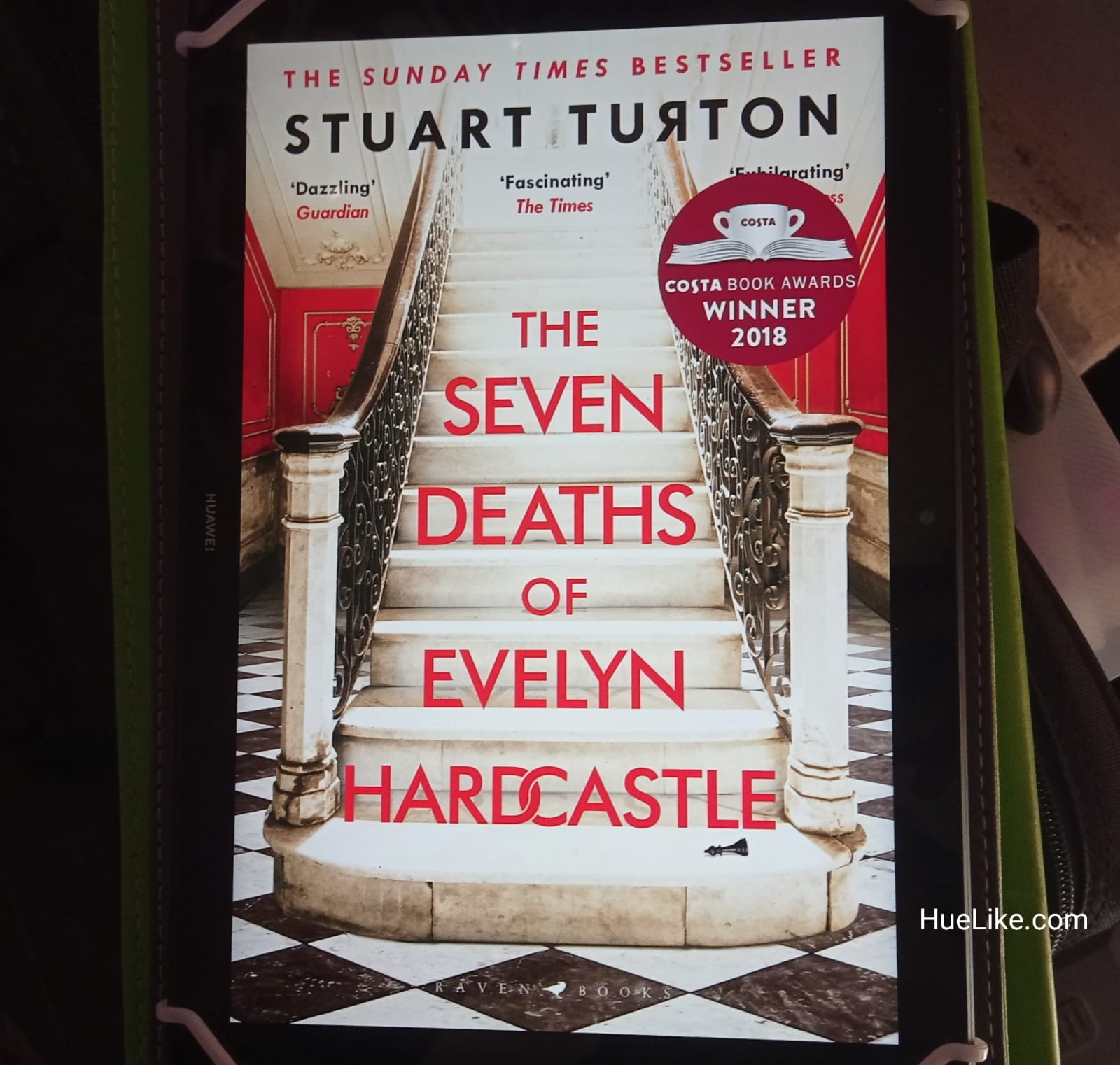 This is primarily a murder mystery, but the innovative twist is enough to classify it under fantasy. It even comes with a map!

The usual murder mystery is that a person is killed and there are people, and witnesses, who have partial understanding of the event, and then the police finds out the culprit. Now, if you give it a twist that the protagonist is trapped in a time loop and every morning he wakes up in body of someone else, who is in some way connected with the dead or is witness to certain events connected to the murder, it becomes a fantasy. In a way its eight different POVs (seven lives, plus main character’s own).

If you like a character driven book, then this is not it. But if you love plotting, then this is the book. The plotting of solving the murder mystery is excellent but complex.

Aiden is one of the guest at a party, where Evelyn Hardcastle is the daughter of the host. During that time, Evelyn is killed everyday (because of the time loop), while Aiden wakes up in a new body. It’s a trap and Aiden can escape only when he has solved the murder. Interestingly, the previous day events findings get wiped off when Aiden wakes up in the new body. He gradually finds a way to keep track of his findings of previous day. Besides, its a competition to escape, because there are other contenders also. If Aiden is not able to solve it within the given time, then he could get permanently trapped.

The crux of the fantasy element can be best quoted from the book,

“This is a prison?”
“Yes, except instead of leaving our prisoners to rot in a cell, we give them a chance to prove themselves worthy of release every single day. Do you see the beauty of it?” exclaims the Plague Doctor. “The murder of Evelyn Hardcastle was never solved, and probably never would have been. By locking prisoners inside the murder, we give them a chance to atone for their own crimes by solving somebody else’s. It’s as much a service, as a punishment.”