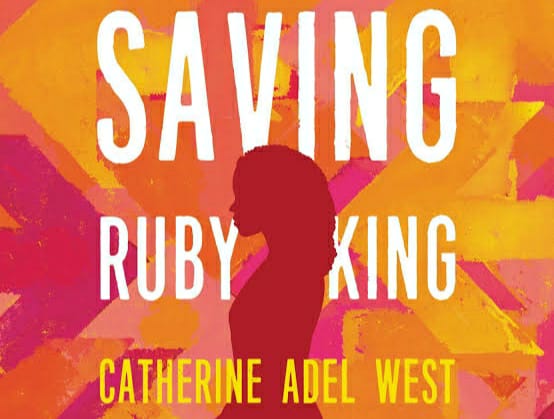 I downloaded this book a day or two before the publication when it was available on Netgalley, as I wanted to read something different from the usual genre fiction.

The author is pretty well known in the #DVpit circle. This book was originally pitched in the Twitter pitch event two years back as a Literary Thriller.

This debut book is fabulous, a delight to read, and a gem of writing.

The story is of two families who are close to each other for few generations. However, the closeness has its reasons, secrets, despairs, and friendships.

Even though the book is named after Ruby King, a women in her twenties, this character is somewhat inconsequential to the larger story where each scene leads to opening of layers, raw wounds or pent up past emotions, and disclosure of secrets of other members of the family going back to previous three generations.

In a way, the book shows the multiple fractures that can exist within a family that get woven like a dust-filled cobweb over the years and carries the burdens of past, hiding the various fissures of unresolved emotions, and which are not only difficult to escape, but one day they make a comeback when one has to confront them head-on, and at those moments we see people around us in a completely different light.

There are multiple POVs, all written in first person present – and this can lead to initial confusion, so readers would do well to keep the family tree in mind. It’s equally interesting that for a third person POV, the author makes the Church building a POV. I think, it was an intelligent way of showing how pivotal place the Church holds in the story, as the life of the characters in many ways is defined by their acceptance or negation of religion in various degrees and life situations. Church acts both as a religion and a community.

The story being of the two Black families, bring in the added aspect of race relations and how it affects the psyche and behavior of people. Also, at times, the book follows differing timelines.

The “Saving” part is the thriller part. It has domestic abuse, in fact various layers of abuses are inbuilt that goes to form not just the psyche of characters, their behaviours, but also forges relations between the individuals of succeeding generations of the two families.

The book holds on the attention till the very end and has a twisty ending, but completely believable. The prose is beautiful and some of the chapters and thoughts are a delight to read.