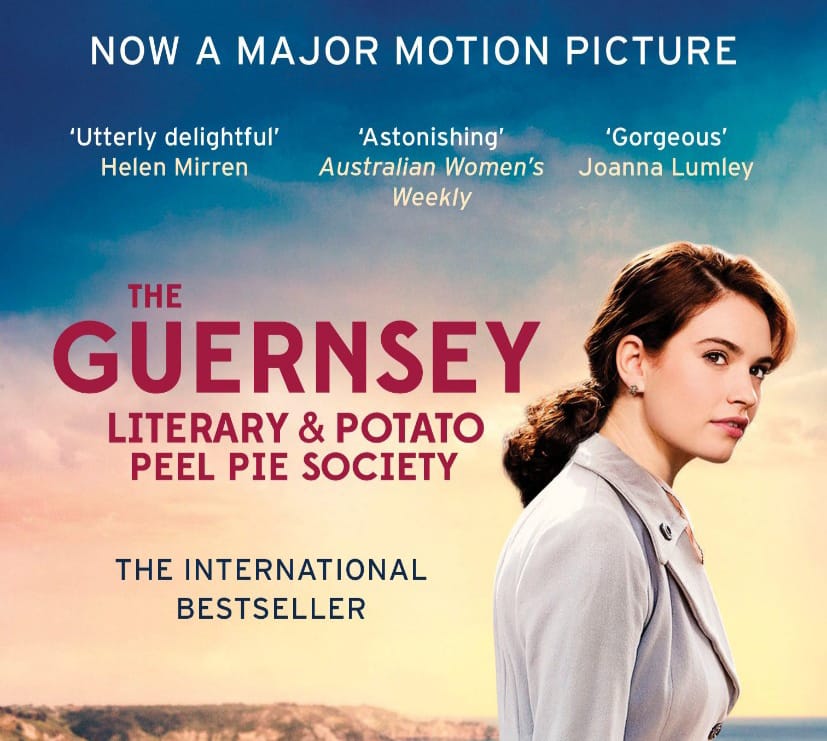 The Guernsey Literary and Potato Peel Pie Society is written by author Mary Ann Schaffer (1934-2008) who was an American novelist. She wrote most of the book, but being terminally ill took the help of her niece, Annie Barrows, to complete it.

This is a standalone epistolary novel set in England and the Channel Islands right after World War II. It explores the experiences of the inhabitants of the Islands during the Second World War, from food shortages and curfews to the relationships between the people and the occupying German soldiers.

It consists of letters and telegrams between Juliet Ashton (a woman writer hoping to get a good idea for a book and tired of society’s clutches), her friends, and the people of a literary society in Guernsey (a Channel Island).

The story starts with Juliet Ashton going on book tours for her recently released book, which she wrote during the war. She is tired of watching the aftermath of the war, in rubble from bombings and in the sorrow and grief of citizens. She also wishes to get away from society, and is searching for an idea to write a new book. That’s when she gets a letter from Dawsey Adams, a man who lives and is native to Guernsey, a Channel Island. In correspondence, they share everything from books that they love to read, real-life stories of their favourite authors, to experiences they had during the Second World War. He also introduces her to other people on the island, who also write to her.

The book contains sparse but great humor, using cleverly chosen words and awesome timing. It also features a clean romance (and a love triangle) between the main character and a member of the Guernsey Literary and Potato Peel Pie Society.

The main focus of the book, however, is Elizabeth, a woman who’s native to Guernsey. She is portrayed as a virtuous, compassionate, and strong person who hated (and fought against) injustice. Juliet finds out about her from the residents of the island, who tell her that Elizabeth was arrested by the occupying Germans and sent to a prison camp in mainland Europe. Elizabeth is one of the main reasons the Literary and Potato Peel Pie Society came into being.

The book is recommended for anyone interested about the German Occupation of the Channel Islands, the aftermath of the Second World War in Europe, and anyone who wants to read a book about (guess what?) books, acquiring new friends, letting go of unsuitable (although charming) suitors, and a book filled with joy, grief, and friendship.