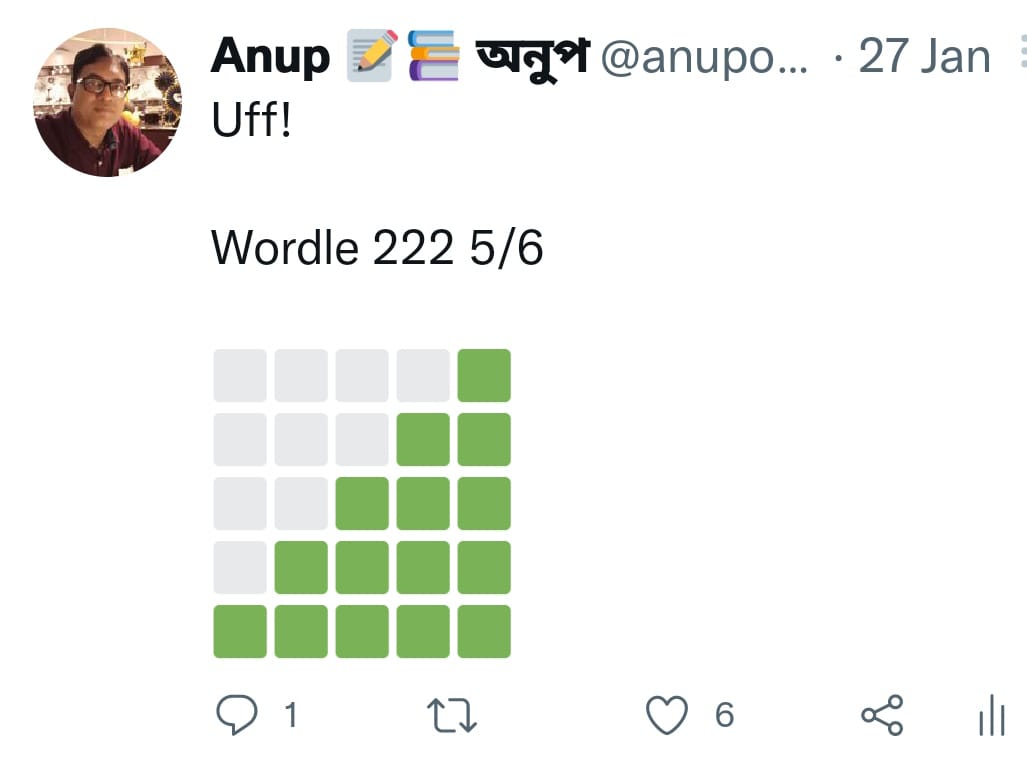 Wordle is an English language web based online word game. It is the new rage on social media platforms where everyone is eager to display their ability to solve the puzzle in the least number of steps. And if the correct word gets discovered in the first guess, it is nothing short of good luck.

The game reminded me of the word game we used to play at school which went by the name Bulls and Cows. It was played orally and could be guessing three letter word or four letter word. Usually four letter word would be played by two teams having two-three members. Those were obviously pre internet days. Taking an example of three letter word, the game went like – suppose the puzzle word was TON.

Obviously, the happiness was just in playing the game, and the players were happy with trying to think of a difficult word for the guess, and the guessing team would be happy that they guessed it right.

Origin of Wordle – The Role of Pandemic

This word game was developed by Josh Wardle, a software engineer from Brooklyn, New York.

The original prototype was developed in 2013, but during the COVID Pandemic, he and his wife Palak Shah who played games available on NYT developed this prototype that they could play with. Palak Shah reviewed the five letter words of English language numbering upto twelve thousand and narrowed them down to 2500 words that could be used in the daily puzzle.

It was opened for public in October 2021 on Wardle’s website PowerLanguage.co.uk/wordle/ The This game was free to play and was launched without any advertisement. The number of users which was barely 90 in November, rose to two million in four months. 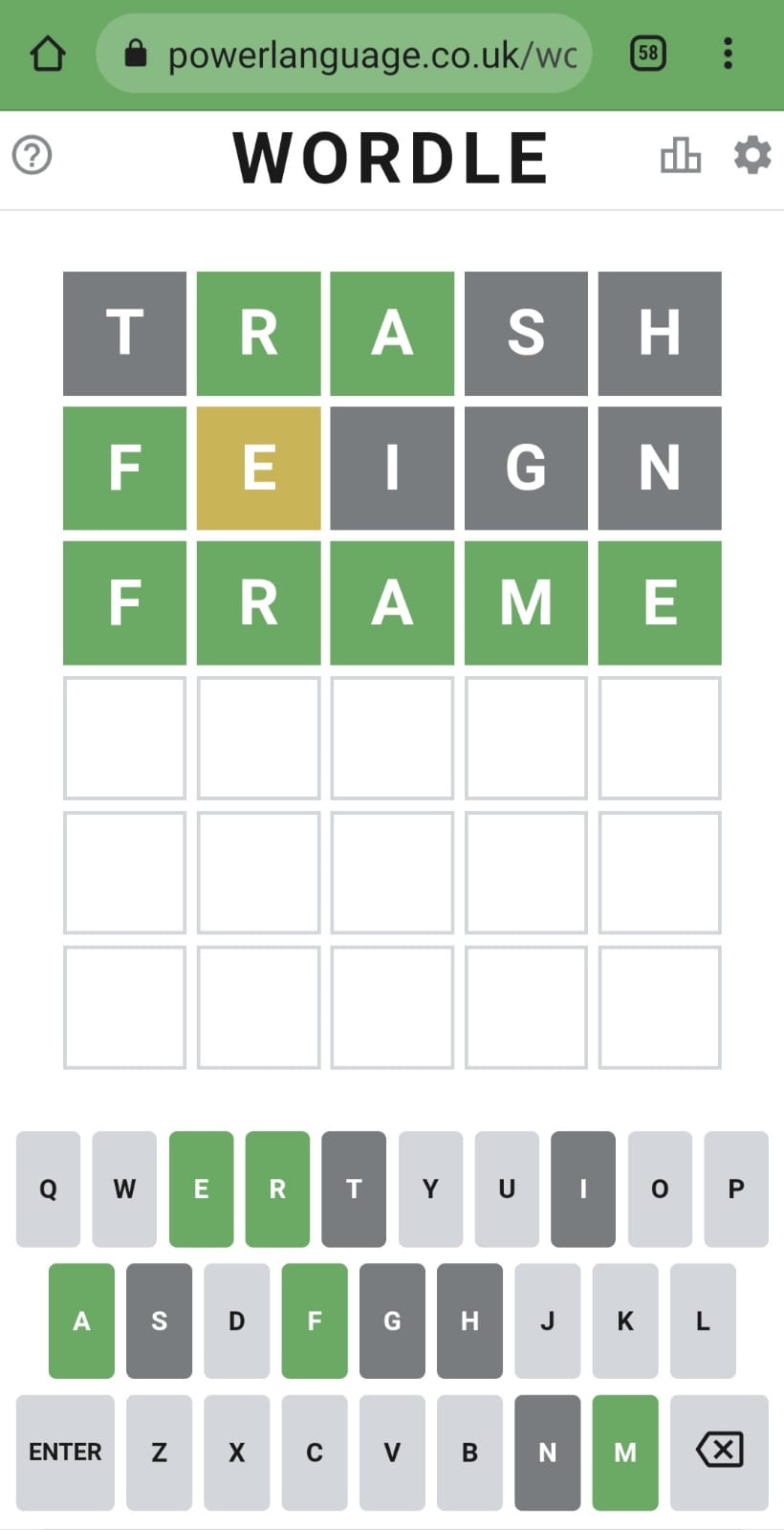 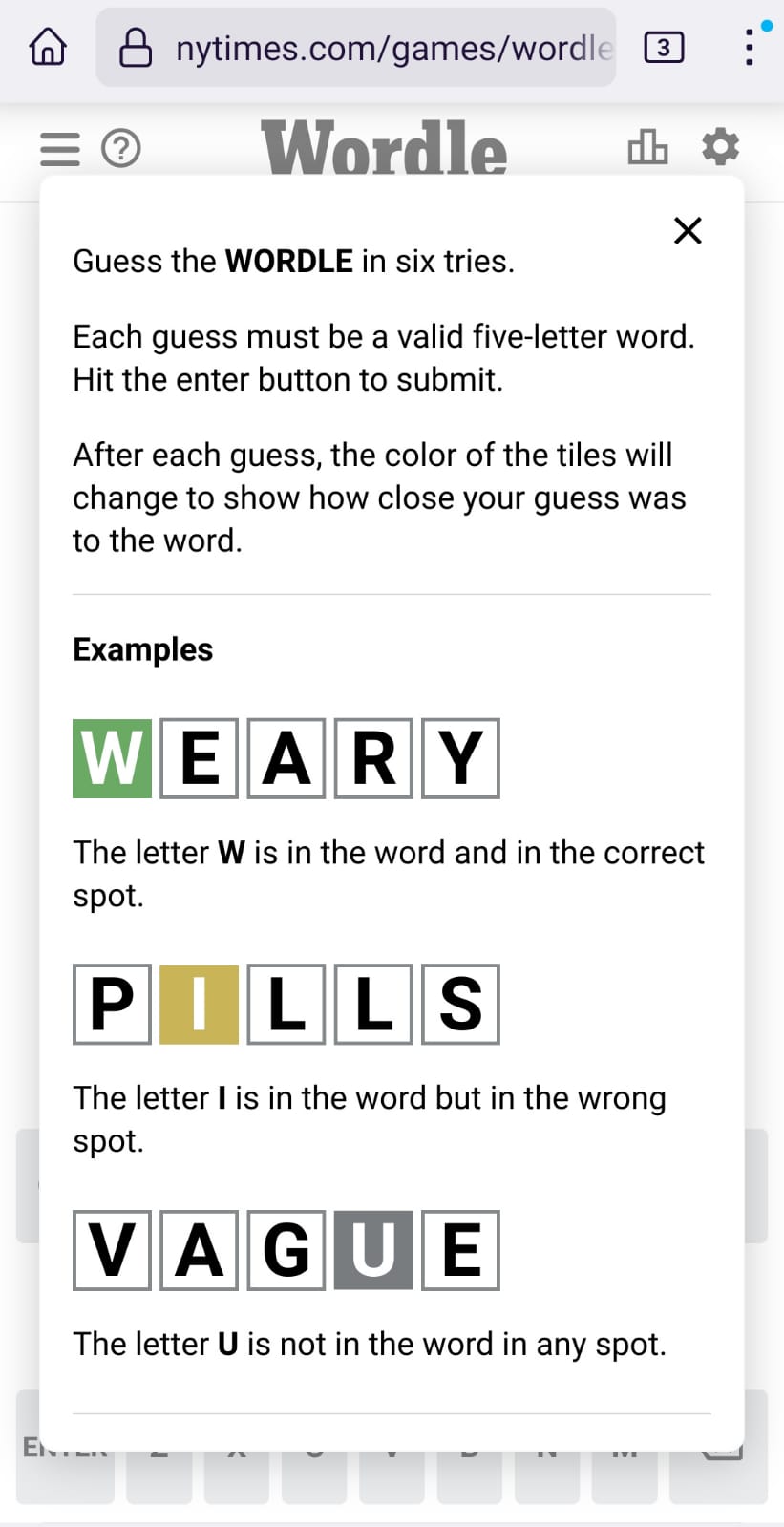 By January 2022, the Wordle game had become so popular that New York Times (NYT) acquired it for an estimated low seven figures. The game is now available at https://www.nytimes.com/games/wordle/index.html

In fact, on this NYT page, there are many other word games available: 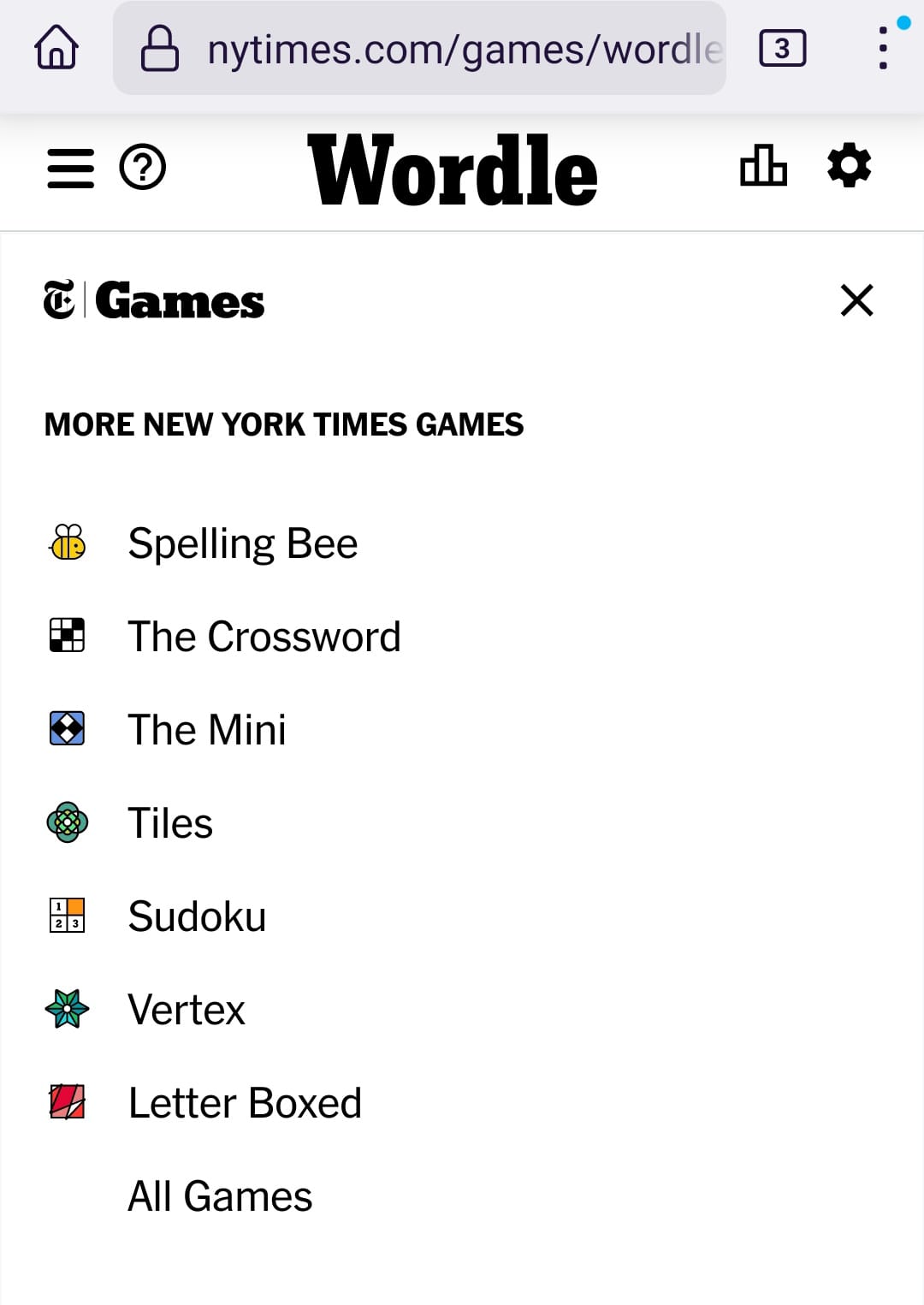 Wordle Comes To The Rescue

The Wordle online word puzzle has now even come to rescuing lives of people. In a recent case when a daughter who lives in California, didn’t receive text of the Wordle score from her 80 years old mother living in Illinois, she got suspicious, and that finally led her to rescuing her mother who was faced by a hostage situation!

Wordle primarily uses the US English, and it has got criticism from the British English speakers. And there are even memes of backlash. For example the British Embassy in USA tweeted this:

Spread to Other Languages

The craze of Wordle has spread to other languages as well, and it has been cloned for the word puzzle game in many different languages. Interestingly, I found, there are now Wordle for even non Latin languages like Tamil and Hindi. The Hindi Wordle is called Shabdle!

Besides, the game has also inspired creativity in other fields – like this cake:

Since the time NYT has taken over the Wordle Game, the intrigue factor has gone up as unusual words have been put up. Many in the writing community have been intrigued whether such words even existed. With use of arcane words, the logic factor in solving the word puzzle has now increased compared to the knowledge factor.