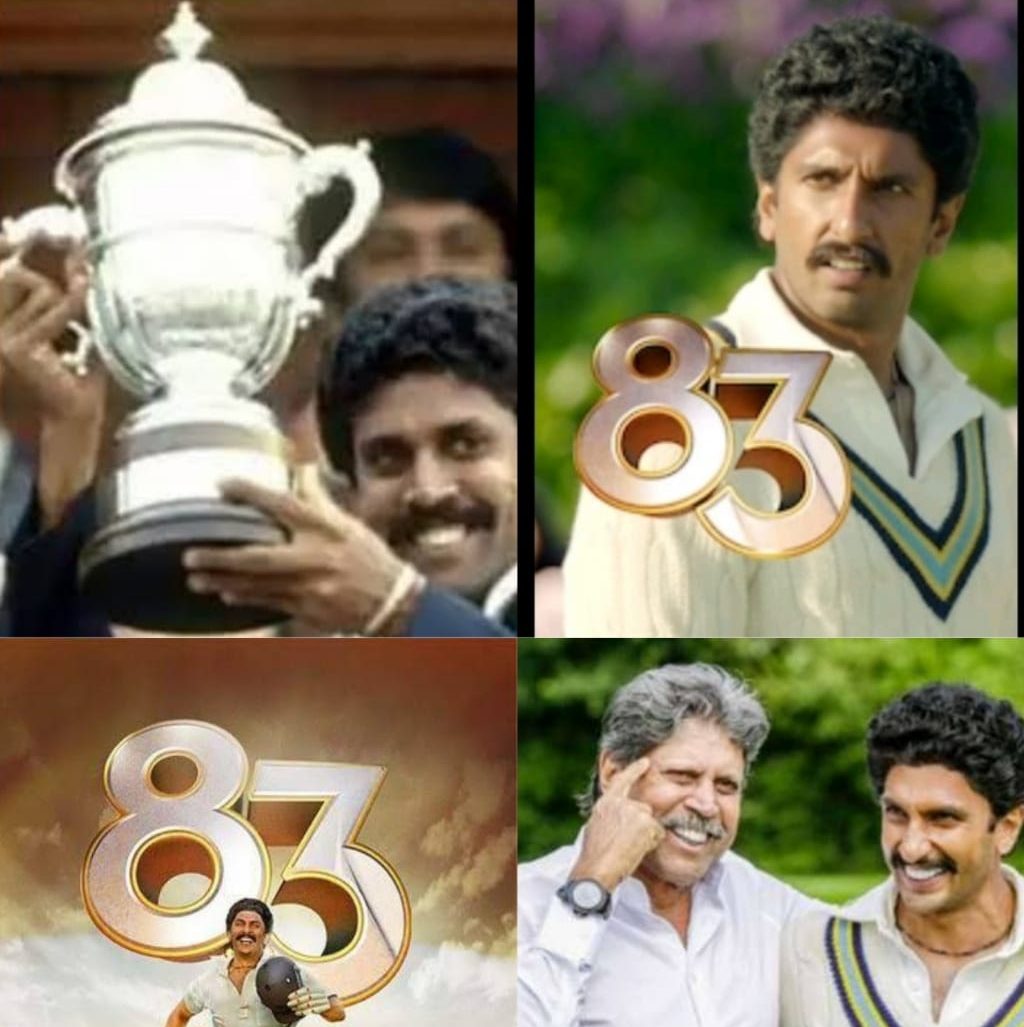 83, the movie, was recently released on Netflix. I had been waiting for it since long, and needless to say the day it came, I watched it. 83 brought back the memories of triumph in the history of Indian Cricket which continues to remain unmatched despite the later dominance of India in the field of Cricket, whether it be the international cricket administration bodies, or on the field.

At that time I was in middle school. In those days, though the country had got the television network, we didn’t have TV. The only source that I had was the Transistor. I now forget which brand of transistor it was, but it was quite old and worked pretty well. It had Short Wave-1 (SW 1), SW 2, and Medium Wave (MW). The good thing was, the BBC broadcast came with clarity. And I was glued to the running commentary.

The movie has caught the outlook of the people towards the Indian team during that time correctly. No one thought that India had any chance in the tournament. There were 60 overs for each side. So, the one day game was a 120-over match. That was quite a contrast to the way the ODIs are played nowadays, reduced to 50 overs, then to 20 overs.

I still remember the disappointment when in the India vs Zimbabwe match India lost early wickets. Not to be disappointed further, I had shut down the transistor, but curiosity got me to check again after may be an hour and half, and by that time the skipper Kapil Dev was batting. What an inspiration it was – a single person had pulled up the sunk ship in that match. In fact, that match remains vivid in my memory. 175 not out was written in gold in the annals of the world cricketing history.

During those years, being a great fan of cricket, I was greatly inspired by this exquisite captain’s inning. It was a great lesson that when everything around is shattered, one can still play with a cool head and with dedication and come out a winner,

The Team of Kapil Dev

The Indian cricket team of 83 was the best that India had. And watching the movie all those names came and memories came rushing in, the sportsmen who were heroes and idols of our times. Whether it be Sunil Gavaskar, Dilip Vengsarkar, Sandeep Patil, Roger Binny, Yashpal Sharma, Balwinder Singh Sandhu, Krishnamachari Srikanth, Syed Kirmani, Madanlal, Ravi Shastri, Kirti Azad – each one of them were legends in their own right. It was such a great team that I still remember the names after so many years!

It also brought to fore the strength of unity in diversity which was the mantra of this country – at least that time. In a way, 1983 world cup cricket win was the true nationalism that a country could exhibit in the post colonial times. It brought people together, it was filled with fulfilment of aspirations, and it was a tremendous inspiration to the people of the country at that time.

I remember, in my city at every street corner, at every crossing, there was a table with a cricket bat, with a garland on it and at times, accompanied with loudspeaker playing some patriotic song. At some places there were even photographs of the cricketers, and Kapil Dev with garlands. There was no photograph of any politician trying to claim the victory for their selfish ends. The cricketers were the heroes. It was the victory of the country, of the aspiring nation that aimed for success and recognition in the world stage, and that was possible when the people excelled in their work.

This movie can be very well placed with similar movies of the sports genre like Chak De India, Mary Kom, among others. While the former was about the coach, the latter was about the player. Even this movie was focused on Kapil Dev, the captain of the Indian team. Besides, in some ways, it did seem to have some inspiration from Lagaan, which was primarily Alt-History. In another way, it can also be seen as showing highlights of the match because the focus and much of the time of the 2 Hours 45 minutes movie was on the cricketing field.

But then, for me who didn’t have the privilege of watching those matches on Television, this was definitely a delight. Ranveer Singh, who was cast as Kapil Dev, and the other actors, who played the roles of Indian cricketers and those of other teams, have played their roles extremely well.

The sentiments of those times, of the hallowed place the Lord’s cricket stadium held in the minds of the people – these have been wonderfully depicted. Not sure about some of the events shown as they seem to have been pushed in for dramatic effects. The cameo performed by Kapil Dev and Mohinder Amarnath are equally superb, and wonderful.

The score card of the 83 Cricket World Cup Final is available here.

More blog posts on movies and movie reviews. You may also like to read: Perspective in Life