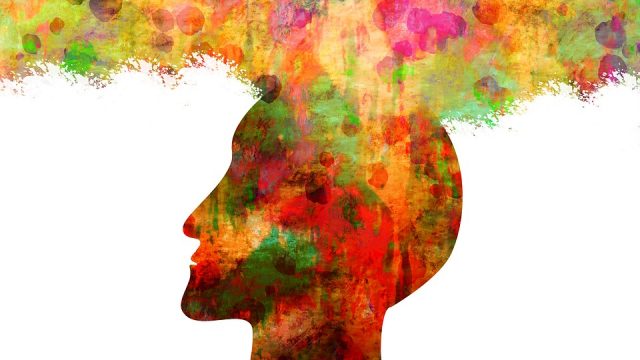 Gifts are meant to bring people together, and share happiness. It is meant to elevate the bonds of the relation and friendship by bringing them closer. At times, it can even repair relations. However, the most surprising aspect of gift is that the honorable act of giving gifts can lead to misunderstandings, frictions, and even conflicts may ensue between the two persons. There can be clashes of ego and reactions that create distances between the two people. These situations are aberrations in relations and have an adverse impact on relations and friendships.

(1) When a gift is offered, some people may avoid it by saying they will buy it from market! Sometimes, such persons straightway open their wallets to pay for the gift. Such response is so odd, but for such people only their viewpoint matters over everything else. They refuse to appreciate other person’s perspective. For whatever reasons, they become upset when someone wants to give them gift. They start to find ways either to avoid the gift or to pay money for the gift. This is counter to the concept of gift. For such people gifts are another form of monetary transaction.

(However, an empathetic way to look at the above situation is that even the recipient wants to do something for the giver, and therefore when they don’t have anything else, they offer money as a quick return gift.)

(2) Another set of people are those who accept gift but start to measure/judge it by their own standard, instead of trying to see the inherent emotions of goodwill behind the gift. Such people despite accepting the gift, end up finding faults and criticize the gift. At times, people even return the gift – the excuse can vary – sometimes it may even be that the gift is too expensive! A criticism, an excuse, of whatever form is a judgment and a manipulation technique.

(3) There is also a third set of people who start of feel guilty when they receive gifts and look at it as a debt that has to be paid off. They are often overwhelmed when someone gives them any gift. At the very first opportunity, they give a “return gift,” thereby mentally making themselves debt free. Before accepting the gift they tend to make many excuses and put up resistance that the gift is not required.

(4) A fourth situation is one that may be intentionally or unintentionally initiated by the giver. At times, the giver is immature and gives a gift that may seem “fun” or something in similar vein. However, giving gifts is a serious and thoughtful act – not just a matter of fun. At times the receiver may not like it or the gift may trigger something in them – and this situation also leads directly to the point number (2) mentioned above.

Impact on Relations and Friendships

Such outlook leading to friction and conflicts are aberrations, and contrary to normal social / human behavior. These are not misunderstandings, but inherent behaviors of negation.

Such behavior of non acceptance by the intended recipient or criticism of the gift hurts the sentiments of the giver. When someone is considered as a relation or a friend and they make excuses to avoid or refuse to accept the gift or be critical of the gift, it can be bewildering and feel very demeaning to the one offering the gift.

Let’s remember, every person has their own principles and acts by their own rules. We may disagree with that, but there is nothing right or wrong about that. The responses may be odd as per normal human behavior, but then who are we to judge the other person?

However, at factual level, when faced with such a situation, instead of being bewildered, it’s best that the giver takes the cue and consciously conclude that the relation is bereft of solid foundations. Resistance in accepting a gift is similar to resistance in acceptance of social interaction, thereby resisting the relation, and questioning the foundations of the relation. One cannot force a gift on someone. One sided relations never work. A relation can exist only in understanding and reciprocity.

Acceptance that people can be different is part of being compassionate. In such acceptance, in one stroke, any seeds of negative feelings and resentments – like sense of being insulted, and sense of being disrespected – that may arise in the heart of the giver are wiped off. In acceptance that the person is different, the giver is saved from any mental trauma that they may experience when faced with such refusal.

Gifts have the power to make even enemies as friends, and non acceptance of gift can not only create distance in an existing relation, but also friction that can lead to break up of friendships/relations.

When someone doesn’t accept a gift or resists accepting a gift or has a negative attitude to receiving gifts, it only indicates that the foundations of the relation are not solid; it may also indicate antipathy / conceit / vanity in the relation from the side of that (intended) recipient. Yet, the giver should not think about the negatives because even the intended receiver may not be aware of their drawbacks and are fully convinced about the authenticity of their decisions. In accepting the fact that the refusing person has different principles and parameters, the giver can keep their sense of calmness and equanimity.

If someone calls themselves as friend and does not accept the gift, one can very well infer that mutual respect is absent because accepting gift is also acceptance of the bonds/foundations of the relation/friendship. Maybe in such situation, for the person resisting / refusing to accept the gift, the foundations of friendship / relation are neither strong, nor meaningful. In cases of non acceptance, there doesn’t exist any meaningful relation for such non-accepting person, the one offering the gift is considered no more than a mere acquaintance, no better than a stranger. After all, not much value is attached to mere acquaintance or strangers, and obviously, one is not concerned if such person gets hurt or not.

An analogy can be made with awards. When a government declares an award for someone, at times we have seen some people refuse to accept the award – the reasons can vary. In all cases, they don’t want to accept such an award from the person/leader/politician/regime who is giving the award. Non acceptance of an award is like a protest and publicly stating that there is no commonality or clear differences of ideology and principles between the giver and the recipient.

Another example can be that during travel, usually we find advisories not to accept gifts or sweets or eatables or any items from strangers, because such items may be harmful or illegal. When someone responds to gifts by friends or relations in a similar mode of non acceptance as if it is from strangers, it is clearly disrespectful.

Non acceptance of a gift is thus symbolic of showing distance or deliberately creating distance in a relation.

Here it may be said that a person is within their full right to refuse gift. After all, why should a person be forced to receive gift against their wishes? It’s not the best of thought to judge such persons who do not want to receive gifts. As Sister Shivani says, every person has their own nature, their own vibrations.

This aspect of friction arising from the gifts is not quite understood by the people. Often, a social interaction of happy moments does not take much time to turn turtle that can cause lasting damage to relations and friendship. One should be careful of these pitfalls. It’s much better not to give gift than one’s gift lead to a situation of friction. Friendships and relations are built on understandings. It’s always better to stay clear of situations of where the differences in outlook and attitudes come to fore.

Also, every relation and situation is unique, and there cannot be a blanket theory for Gifts. How we evaluate that situation is an intrinsically personal experience.

How to Give and Receive Gifts :