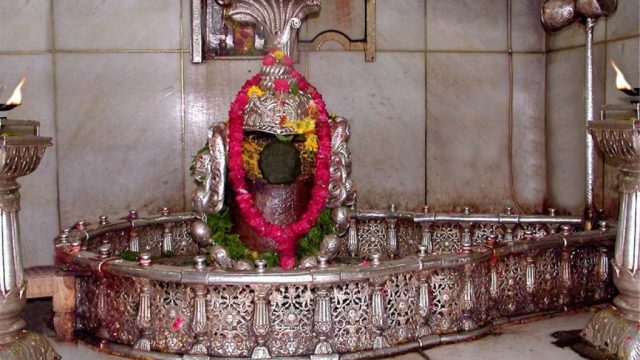 We visited holy city of Ujjain and the commercial city of Indore recently. While Ujjain was a planned trip, Indore was pushed into the itinerary – as we thought that it would be a good addition to the pilgrimage. Indore is only about 50 kms from Ujjain.

Though Ujjain has come to national news in recent times for wrong reasons like physical assault on Professors at university, the city itself seemed to be quite peaceful to me.

We had heard, that the city was small and dirty! However, it seems that maybe it was such in past – but no more. In fact, the city had good roads that are clean and the best thing is that it seemed to be nearly encroachment free! The newer areas of the city looks well planned. The city indeed was neat and clean and well built roads. Compared to many other cities of the state, it had the appearance of a planned city. Though the railway station had the semblance of being old, the city itself appeared to be surprisingly exciting and alluring.

As such, the city located on banks of river Shipra is one of the important pilgrimage centers of the country, firstly for the Mahakaal temple and secondly for being a center of the Kumbha mela that is organized in rotation every four years at Allahabad, Haridwar, Nashik, and Ujjain. Besides the religious places, Ujjain also has historical and scientific sites. Among the different places we visited were:

This is the iconic temple, and one of our reason for being in Ujjain. This is a pilgrimage site – one of the twelve jyotirlingas of India. This is huge and one has to go through long ques and long pathway to go down to the garbhagriha where the main deity resides.

The temple of ‘Mangal’ (Mars).

This is situated just next to the Mahakaal temple annexe

This is shrine of Goddess Annapurna (literally, the one who provides for food and nourishment). The temple has two huge towers that can contain 1001 diyas

Here Lord Shiva literally drinks liquor. Research has also been done on the deity here, but that haven’t been able to conclude as to where the liquor vanishes Kal Bhairav.

Here the story of Vikram and Betal has its origin

The ghat at banks of river Kshipra. On this ghat the Kumbha Mela is also organised

An interesting thing among the various Shiva temples that I observed was the practice among people to whisper their wishes into an ear of Nandi while the other ear of Nandi was kept closed with the other hand!

The tropic of cancer passes through Ujjain and it has a historical observatory. This is used for research purposes even today.

The most beautiful temple of our times. We had previously visited the International HQ at Mayapur (at Nabadwip, dist. Krishnanagar, West Bengal). The temple dedicated to the Vaishnav incarnations is abode of beauty and peace. At Ujjain the temple is extremely beautiful. Also ISKCON at Ujjain is located in a very peaceful area – Ujjain in general seemed peaceful to me.

The restaurant attached to the ISKCON temple is named Govinda and is pure veg. Unlike other veg restaurants – here, even onion is not used!

Another interesting thing that I observed at Ujjain, that the Church there was termed as “Masihi Mandir” and the city has even an area named Freegunj !

Ujjain also has lots of sweet shops. One of such shops ‘Shree Ganga Sweets’ we bought sweets to take back home. I would really recommend their ‘indrani’ and the ‘rabri’.

We went around Ujjain in an Auto driven by guy named Feroz. Extremely nice guy and he was student of BCom and also driving Auto to supplement income – and he had good knowledge of all the temples and tourist places at Ujjain.