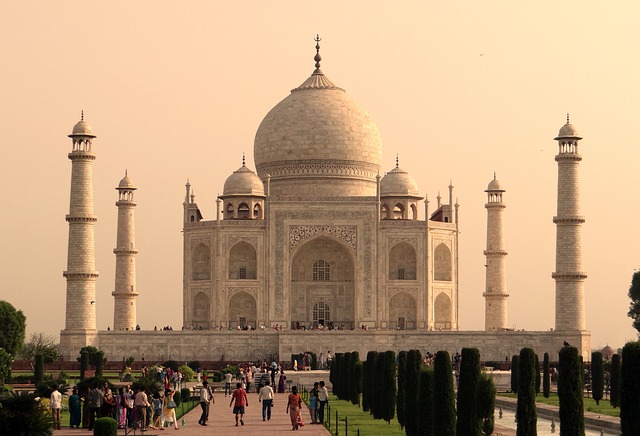 Mughal rule stabilised during the time of Akbar. By that time, Mughals were no longer the strangers, but they had adopted India as their home. The policy of sulh i kul adopted by Akbar became visible in the art forms patronised by the Mughal emperors. This was visible in paintings, music and architecture. Although, Babur and Humayun would have followed a liberal policy in such matters, they did not live long, and therefore could not give shape to durable policy. The interregnum of Sher Shah had destabilised the Mughal rule in the period prior to Akbar. Akbar by giving shape to a durable policy of tolerance promoted development and intermingling of art forms, which hitherto would be considered heretic. His patronage also removed the stigma of sacrilege attached to arts like painting under the orthodox Islamic laws as followed by some of the rulers of the Sultanate.

Paintings.
Initially it depicted Persian and Central Asian (Chinese Turkmenistan) influence, but gradually, it developed its own forms which had large measure of Hindu influence. In manuscript paintings, although Islamic themes were avoided, Hindu stories were given free expressions. The Hindu religious and mythological themes were painted like Razmnama (Mahabharat), Ramayana, Nala-Damayanti, Panchatantra, Kalia-daman etc. In Islam, the painting of human forms is considered sacrilege, as it means imitating God’s creation – but under Mughals, the art of portraiture reached a high pedestal – eg. portraits of emperors, royalty, nobles, Sufi saints etc

There was also influence from Rajasthani school eg ek-chashma paintings (one sided face), while the Persian ones were dedh-chashma. This similarity can also be seen in miniatures and to some extent night scenes of dancing and singing.

Music.
Patronage by Mughals led to development of forms like mian ki todi, mian ki malhar, raag darbari by Tansen – these ragas were Indian in origin. According to Abul Fazl there were 36 musicians in Akbar’s court, headed by Tansen. Later on many books were written on music. By the time of later Mughals, forms like tarana, thumri etc were formed. It should be remembered that except Aurangzeb, music was patronised by all Mughal emperors. Even Aurangzeb was an expert veena player.

Architecture.
Akbar initiated building activity in a major way. Humayun’s tomb, buildings at Fatehpur Sikri (containing monuments like Panch-mahal, Buland-darwaza, palaces etc), forts containing various structures at Agra and Allahabad were built during his reign. This activity was carried on by his successors, reaching zenith under Shahjahan with the construction of Taj Mahal. During Shahjahan’s time the emphasis was on use of marble (while earlier, red sandstone had been used). The quality of architecture deteriorated under Aurangzeb and gradually declined under his successors.

In terms of building style, there was adoption and intermingling of Islamic and Hindu styles and techniques. Original Islamic style for domes and arches was Arcuate – which was particularly used in religious buildings. However, during Akbar’s time, Trabeate technique (use of beams) was extensively used in secular buildings. There was also use of decorative arches, rather than structural ones, and use of multifaceted shafts, with bracket supports and exquisitely carved capitals. In Islamic style the decorative motifs were floral designs, arabesque and calligraphy, the Mughals also adopted the decorative Hindu motifs like the gaja (elephant),hansa, padma, swastic, chakra etc. The Bulbous domes and convoluted arches – the techniques introduced during Shahjahan were Islamic, the pietr dura (prachin kari) was influence of the Hindu style.

We thus see that Mughal rule particularly from Akbar’s time to that of Shahjahan was quite open to adoption and intermingling of Hindu influence in the royal art forms. All these furthered developement of Indo-Islamic forms of art and architecture in India.