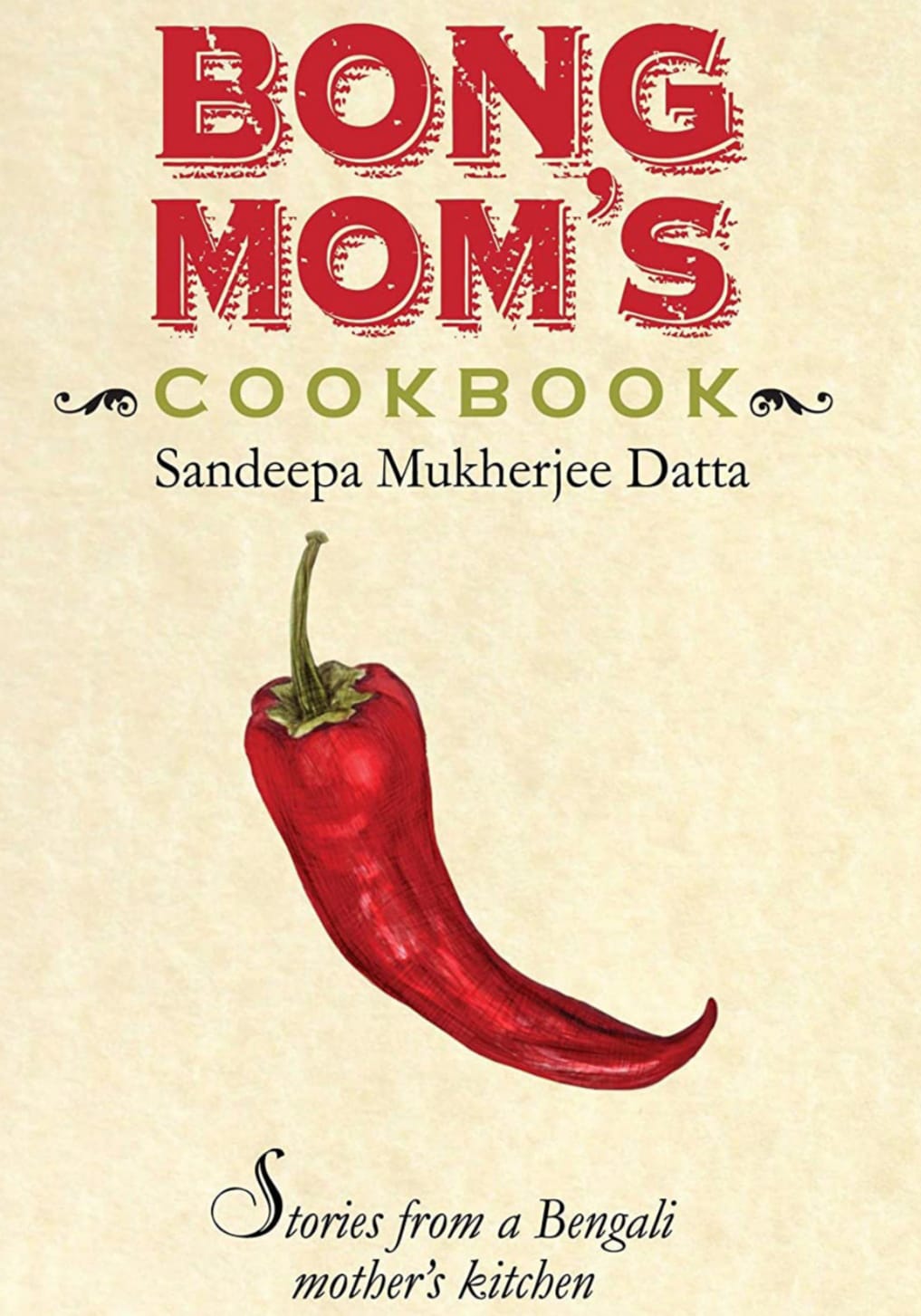 Frankly, I love good food, and had been peeping into the Bong Mom’s blog from time to time for quite many years. But that had been less for food, but more for food photography – that seemed professional and enticing.

The book Bong Mom’s Cookbook is not just a cookbook, but is a documentation of the Bengali way of life – for whom food occupies a very important place. But the book does not have those fantastic photographs – for the photographs you would have to visit the Bong Mom’s blog. For many years the blog did not reveal the name of bongmom, but the book does – and its Sandeepa Mukherjee Datta

I bought the book, less for its recipies but more for what had been written about the Bongs. And from the very first page – things started hitting! Oh really – thats just what happened in our home – that was my first response. Needless to say the book seemed a chronicle of the daily chores that I have seen been done by my grandmother (on my mothers side), and my mother! The tasty relished foods have been prepared and well savoured by the whole family!

My mother would at times love to experiment with food – which I did not really like. She would not only try out different mixes, but also quantity of mixes. I remember distinctly myself telling my mom many times, why don’t you measure. When I was in school, I even bought a blue colour measuring glass for her – which she never used – and would often prefer the ‘andaaz’ method ! And I thought my Mom is definitely not given to precision. However the answer came from this book – perhaps andaaz is part of Bengali cuisine – and definitely ‘andaaz’ means both estimate and style.

There are many Bengali foods that I never liked – but have seen others in the family relishing it like “Chorchori” or among the nonveg, the ones containing egg.

Of-course, the classic homo-sapien Bong female as characterised by her is pretty much accurate – but usually causes disaster for her children by being too much interfering – whether in daily business of life or even being fussy over food as to what the children should eat or not.

Apart from the well documented main food course, the other interesting part relates to the chutney and the desserts – which are definitely among the best. I have done a fast reading of the book sans the recipe – and I missed the rosogollas. I remember at times even rosogollas and chomchoms also were made at home – the ease with which they were made, I guess they were not difficult(?)

My wifes favourite has been fish and my preference had always been for chicken. But we also enjoy the vegetarian dishes. Many of the recipes given have been my favourites. And off-course the Sundays were special (you know why!) – the tradition had also been for many years been followed even by us. Reading the book has been like a reminisence to me.

I write it “reminisence” because for sometime now, myself and wife have turned pure vegetarians. Among the different reasons – my daughter in whose age we would be delighted at the mention of mutton or chicken is pure veg! She is like from other world and hates the mention of non veg dishes. After trying to make her a real Bong, we gave up. We thought let it be – let the child have her choice – and lets also explore the world without the non veg – lets see the other side also.

Though the book has been primarily marketed as a cookbook and I have seen the followers of author as primarily the Bong ladies – the book would be a delightful read for anyone, and not just the Bong female homo sapiens. It is a mix of culture, tradition and lifestyle of the urban Bengali.