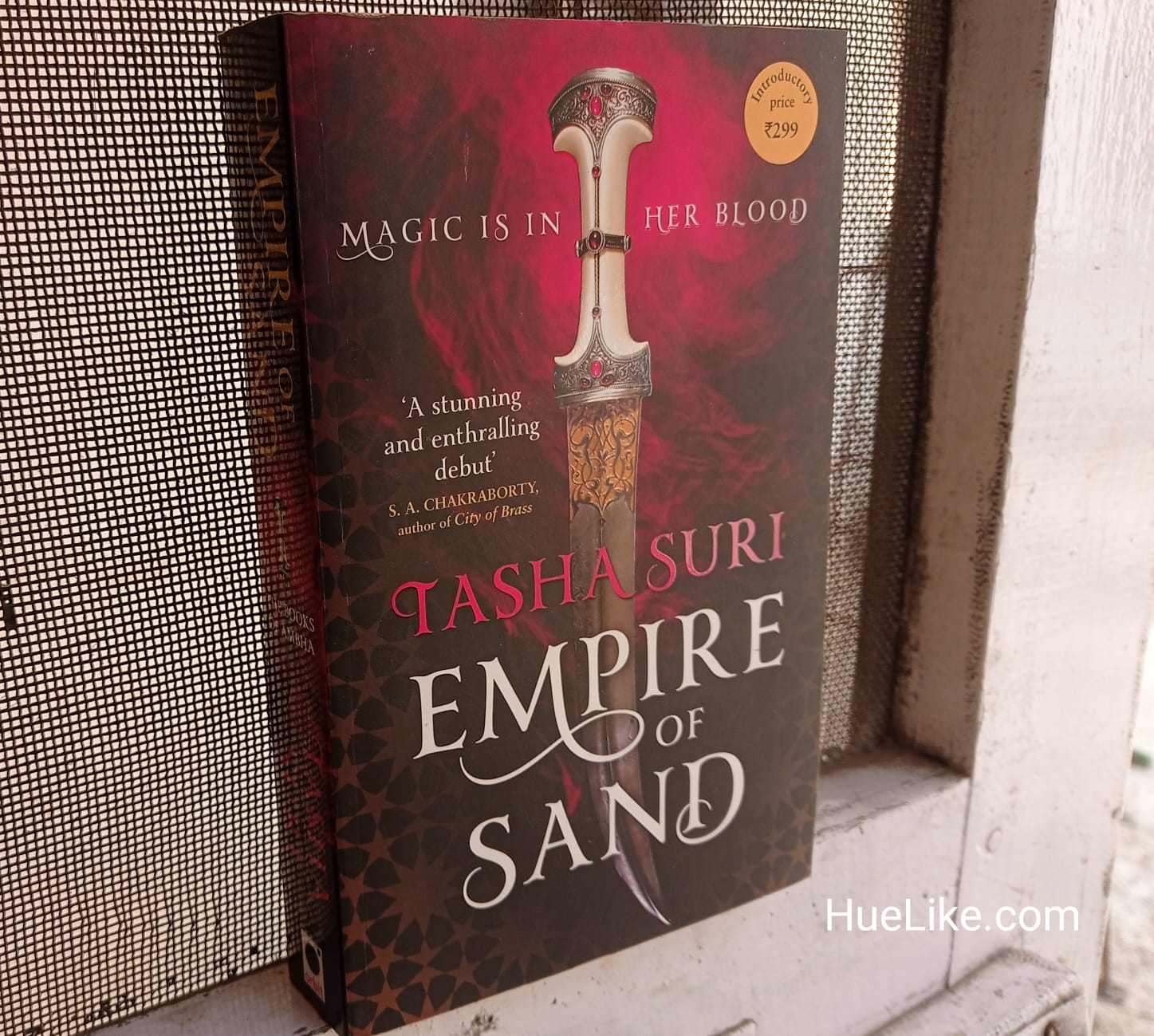 Tasha Suri is a British SFF/Fantasy Author of Indian origin. Empire of Sand is her debut book and has been nominated for Locus and British Fantasy Awards.

This book is extremely subtle. At one level it is a story of a young woman trying to keep her traditions, and at another level it is the story of a rebel to the power inequalities. And who can think, the tools available to her to fight an immortal evil power would emanate from her traditional dance rites and her blood. Obviously, the blood and dance is both magical.

The motivations of Mehr, the main character is made clear from the beginning. The story is an outright rebellion to correct power imbalances, whether it be home or it be society. There are various levels of power-inequalities that Mehr faces. She is of mixed ethnicity and belongs to a tribe that is considered an outcasts in the province where her father is a governor. Her mother had left them when she was young. Her blood retains the magic of her mother’s side and is in high demand because it can wade off Daivas who are considered dangerous!

The empire is divided into a spiritual leader and a temporal leader. There are many examples from history where one may get such examples as in medieval Europe when the Papacy wielded special powers, or in Islamic countries where there is special position for the spiritual leader (in old days the Caliphate).

It’s an unchanging world of prosperity of the Empire and the Emperor. But why is there continuous prosperity? It is because of the mystics and their prayer. The prayers have power. But the leader of the cult of mystics is the first emperor who set up the empire and is immortal! He holds the source of power of the prayers, and now wields the evil magic to keep the empire stable and unchanging. His source of power is derived from the blood and rites of the tribe on Mehr’s mother’s side, the Amrithis.

And in this scheme Mehr comes into play because of her blood and heritage. While her blood has power to tame certain force – the dreams of the Gods, and becomes the reason to bring trouble to her, but it’s her grit and the acceptance and compassion through the dance rites that brings her redemption leading to the overthrow of the evil-psychic power-structure.

Though the blurb of the book mentions that the story is based on medieval India, it could have been any place in the world. I also couldn’t understand why at some places this book has been mentioned as inspired by Mughal empire. I couldn’t find anything specific to Mughal empire, the connection if any is at best far fetched. In a way, this is a medieval-secondary-world-desert-high-fantasy.

The writing is excellent and simple. The story grows gradually. The last quarter of the book had some intriguing moments and good pacing. Those who like to read a straight forward hero’s journey kind of story, this book is for them. Here the ‘hero’ is a woman who asserts her independence and defeats the overpowering evil with power of her cultural-heritage (dance-rites).

It is a well crafted story, The writing style is engaging and the imagery keeps up its relevance with the story.

It also has a companion book “Realm of Ash” as part of the “Ambha series.”